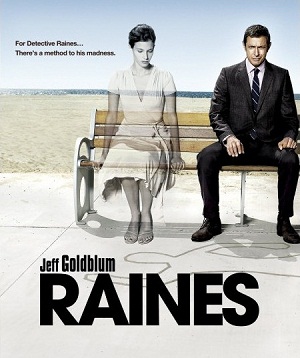 Raines is a police drama in which Jeff Goldblum plays the title character. Michael Raines is a homicide detective who had ambitions to become a mystery writer. He solves murders by hallucinating reconstructions of the victims, building on the evidence at hand.

This very promising show was cancelled in the middle of its first season, presumably as a result of the 2007 writers' strike.