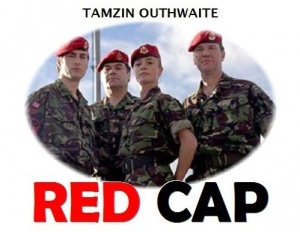 Red Cap is a British TV series that first ran from 2003 to 2004. It focuses on the cases a unit of the Special Investigative Branch (military police) of the British Army, based in Germany. Ostensibly the main character was Sergeant Jo McDonough (Tamzin Outhwaite), but a strong ensemble cast ensured several characters had prominence. There are two seasons of six episodes each, as well as a feature length pilot.

Not to be confused with Redcap, a 1960s TV series starring John Thaw based around a similar premise, or with murderous gnomes.