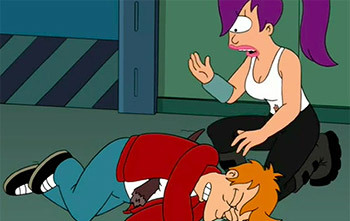 A mission to collect honey from deadly space bees apparently leads to Fry's sting-induced death. Leela is wracked with remorse, until Fry visits her in her dreams, and Leela's sense of reality becomes warped.