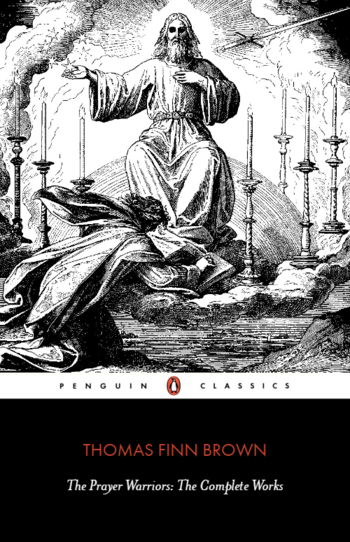 "I am Jerry and I am a prayer warrior. I am a servent of the lord and will do anything to get rid of evil Gods. Lately the Satanic leader Percy Jackson has taken over much of the land, along with his Satanic Army and his girlfriend whore. She has sex with other people just to get Satanic money."
— The first paragraph of The Evil Gods I (ignoring the author's note and random biblical quote). It gets worse from here.
Advertisement:

The Prayer Warriors is a series of Troll Fics written by Thomas Brown, also known as BelieverInChrist, and his cousin Ebony Brown.

The plot has the eponymous heroes trying to purify the worlds they're on, whether by converting them or killing them because they're Satanic. However, they also face dangers along the way, whether by facing off against other Gods or other powerful beings.

So far, seven stories of The Prayer Warriors have been written:

All the fanfics have been deleted, but a few have been archived through reposts. Arcadiarika has liveblogged Thomas' six stories after saying on the third and fourth liveblogs that she's done reviewing the entire series; you can read them here

Taylor Ashmere has liveblogged Ebony Brown's Prayer Ponies; you can read it here

. Anarchy Writer has MST'd the first two stories, which you can view here

. HerrWozzeck has MST'd the first story with the Library of the Damned, which you can view here

(which, sadly, is not a Troll Fic) and Star Kits Prophecy (which is a Troll Fic). Contrast My Immortal, Naruto Veangance Revelaitons (NSFW), (both of which could be considered this fic's Mirror Universe counterparts) and Gurren Jesus.

The Prayer Warriors series provides examples for the following tropes: