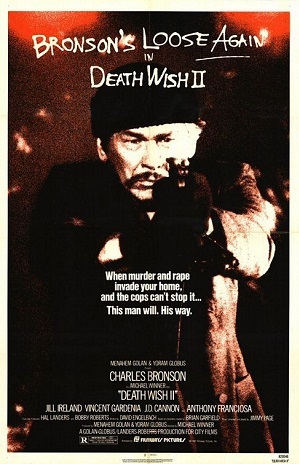 Paul Kersey and his daughter settle in Los Angeles. After an incident with muggers in an amusement park, brutality hits too close to home again when the muggers attack his new home, and Kersey's poor daughter is raped again along with his housekeeper before both of them are killed. Unlike the last movie, Kersey doesn't target random muggers this time, instead focusing his wrath upon the five scumbags who victimized him and his family.

Do you believe in Jesus?

Example of:
Give My Regards in the Next World

Do you believe in Jesus?