Film / All Hail the King 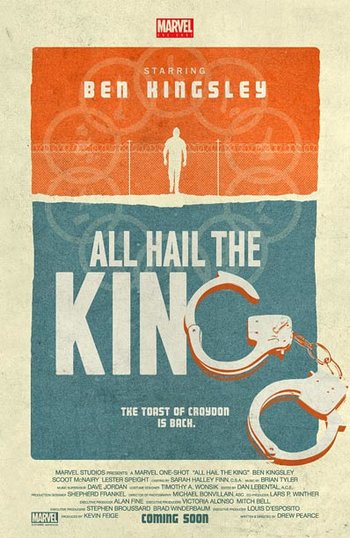 All Hail the King is a short movie within the Marvel Cinematic Universe. It is the fifth and final installment in the Marvel One-Shots. It was included in the home video release of Thor: The Dark World, and later was re-released on Disney+ to tie in to Shang-Chi and the Legend of the Ten Rings.

Following the events of Iron Man 3, documentary filmmaker Jackson Norriss visits Seagate Prison to shoot a film about Trevor Slattery, the man who claimed to be the Mandarin.

All Hail the King contains examples of the following tropes: