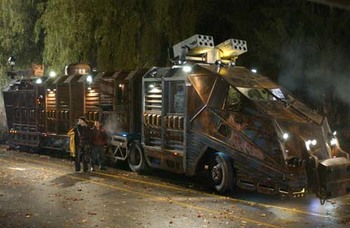 Transports. We all know them. Slow. Weaponless. Altogether quite vulnerable. But what if you could fix that little issue? In comes this thing; A humble battlefield bus turned into a substitute front-line tank. Or gunship. And it can still drop off its passengers and cargo most of the time. But who'd want to?