Not Quite Saved Enough 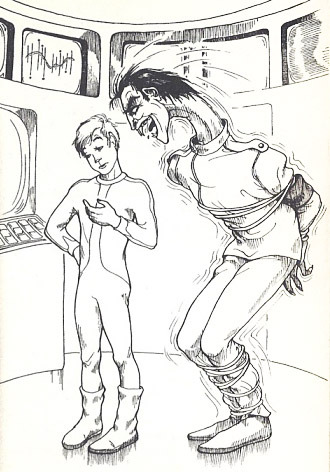 You defeat the vampire and... he eats you anyway. The End.
Advertisement:

So you spent the past 20 hours fighting your way past the forces of darkness, plumbing the depths of hell itself and personally handing the Big Bad's strongest minions their own asses, all to rescue the princess and see her home safely. The princess and the hero kiss, the king hands the hero his just reward, and he sets off, no doubt intending to walk off into the sunset. You can practically smell the credits about to roll...

...and then the enemy superweapon levels the castle, killing the princess and demolishing the surrounding town. You and the protagonist sit there, stunned: what the hell just happened?

As it turns out, the princess was Not Quite Saved Enough.

Sometimes, no matter what the heroes do, destiny (i.e. the writer) just has it in for some characters. Save the princess? You come back later and find out she's suffered a Fate Worse than Death. Rescue the village? The Big Bad burns it later. Recover the legendary artifact? Too bad; there's a mole among the good guys and he smashes it right before the heroes have the chance to use it. This is a very specific and special flavor of Diabolus ex Machina that only happens after the protagonists think they've won, a prolonged Hope Spot capped off with a "Shaggy Dog" Story, or worse, an immediate death right after the victory.

Naturally, this is an extreme version of Your Princess Is in Another Castle!. Compare Pyrrhic Victory, Cheated Death, Died Anyway, and Take a Moment to Catch Your Death. Can rely on Cutscene Incompetence. See also All for Nothing and Yank the Dog's Chain. In sequels, this can also manifest as Happy Ending Override or Sudden Sequel Death Syndrome. In a work with Multiple Endings depending on the choices of the reader or player, this is typically a sign that the reader / player screwed up somewhere if it's near the end of the story, and/or doubling as a Non Standard Game Over.

As this is often a Death Trope, spoilers will ensue.