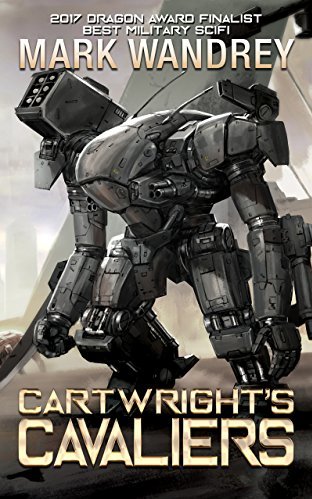 How Puny Humans evened the odds.
The Four Horsemen Universe

In the early 21nd century, First Contact didn't go so well for humans, at least initially. The MinSha glassed the Middle East in retaliation for terrorist attacks on alien visitors, and Earth turned out to have little of worth to the races of the Union, besides people. Even that was touch-and-go, as humans are possibly the least physically imposing spacefaring species in the known galaxy (except the Flatars), so when humans tried to break into the highly competitive mercenary business they proved little more than Cannon Fodder. Only four companies out of the first wave of 100 to leave Earth to take what became known as the Alpha Contracts actually returned home, obscenely wealthy by Earth standards but dragging many caskets behind them. By sheer coincidence these four companies, Cartwright's Cavaliers, Asbaran Solutions, the Golden Horde, and the Winged Hussars, all used horse cavalry in their insignia, and hence became known as "the Four Horsemen".

Then Dr. P. Mauser, an engineer at Mitsubishi (which later became known as Binnig through a merger), developed the CASPer, a weaponized steel shell that let humans take the galaxy by storm... or at least even the odds enough that battles with alien mercs weren't so one-sided anymore. The technology continued to improve, and a hundred years on, CASPers have become the preferred weapons among human mercs, and the mercs themselves are highly sought-after for wars of all kinds.

open/close all folders
The Revelations Cycle (Main Series)
The first four books of the series form a single modified anthology, with each novel focusing on a single company after which the book is named, but serving an overall plot.
The Omega War (Main Series)
Anthologies
While creating The Revelations Cycle, Wandrey and Kennedy solicited side stories from a number of authors. They got so many responses they ended up having to make three different anthologies.
Spin-Offs

A Spin-Off series by Kevin Ikenberry starring Jessica Francis, a character who debuted in the short story "Stand on It".

Tropes in the Four Horsemen Universe: