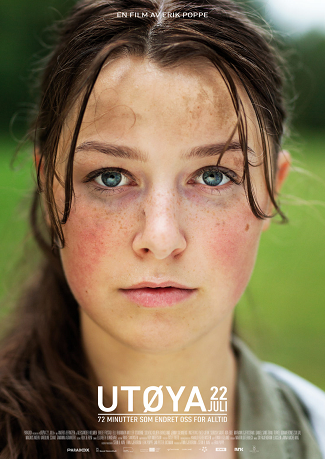 "You'll never understand. At least try to listen."
— Kaja talking to her mother and accidentally summarizing the impact of the movie .
Advertisement:

Utøya 22. juli, also known as U: 22 July by Erik Poppe is a reenactment of the 2011 Norway Attacks (which happened on the island Utøya on 22. July 2011) from the perspective of the victims. Out of respect for the victims, the film features fictional characters instead of people actually there. The film is mostly portrayed from the POV of Kaja, an 18 year old girl, as she runs for her life while also trying to care for others amid the shooting. The film was shot in a single take with the exception of the footage of the Oslo bomb explosion. Note that the Berlinale take is not the same take that later came into regular cinema theaters, and there are subtle changes between them.