open/close all folders
Advertisement:
The Main Heroes
As a group

The core group of Rebel heroes and main protagonists of the Original Trilogy. 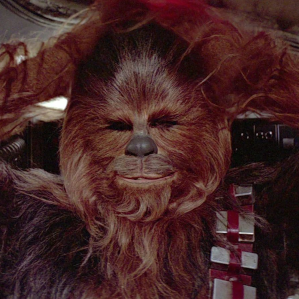 Chewbacca was a Wookiee warrior from Kashyyyk. During the Clone Wars, Chewbacca was captured by Trandoshan slavers and held captive on Wasskah, but he worked with a fellow captive Ahsoka Tano to escape. He later commanded Wookiee forces in the Battle of Kashyyyk alongside the Grand Army of the Republic, led by Jedi Master Yoda. During the battle, one of the last ones of the Clone Wars, Yoda's clone troopers received Order 66 from Supreme Chancellor Palpatine and, with the help of Chewbacca, Yoda escaped Kashyyyk and the destruction of the Jedi Order. Chewbacca was imprisoned on the muddy planet Mimban by the Empire at some point ten years after the Clone Wars. Han Solo ended up in the same cell as him, and after a brief fight, the two devised an escape then joined Tobias Beckett's crew. They became friends for life along the way. By the time of the Galactic Civil War, Chewbacca was Han's trusted first mate, co-pilot and friend aboard the Millennium Falcon. After the liberation of Kashyyyk from the Empire, Chewbacca reunited with his wife Malla and son Lumpawaroo. He stayed with his family for years until returning to the side of Han, who returned to smuggling after his life with Leia fell apart.

Tropes from the Prequel Trilogy Era

Tropes from the Solo Era 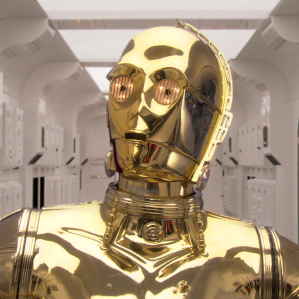 C-3PO, sometimes spelled See-Threepio and often referred to simply as Threepio, was a 3PO unit protocol droid designed to interact with organics, programmed primarily for etiquette and protocol. He was fluent in over seven million forms of communication, and developed a fussy and worry-prone personality throughout his many decades of operation along with accompanying the heroes on their various adventures, often against his will and to his great suffering. He was also rarely seen far from his counterpart and friend, R2-D2. Created by Anakin Skywalker from salvaged components to be a household companion for his mother, Shmi Skywalker, C-3PO was given back to Anakin by his stepfather after his mother's death. Anakin subsequently gave C-3PO to Padmé Amidala as a wedding present, and he served his new mistress faithfully in an official role until the destruction of the Republic and the rise of the Empire, when he was given over to Senator Bail Organa. In this role, he was a constant companion to Leia Organa, secretly Anakin and Padmé's daughter, and was thus instrumental in her rescue and the ultimate destruction of the Empire.

Tropes from the Prequel Trilogy

Tropes from the Original Trilogy

Tropes from the Sequel Trilogy 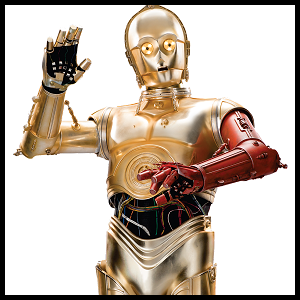 "If this mission fails, it was all for nothing. All we've done. All this time." 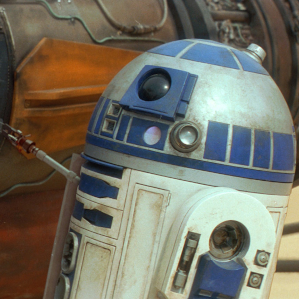 Portrayed by: Kenny Baker (1977-2015), Jimmy Vee (2017-)
Appearances: The Phantom Menace | Queen's Shadow | Attack of the Clones | Queen's Hope | Brotherhood | The Clone Wars | Kanannote cameo only | Thrawn: Alliances | Revenge of the Sith | Obi-Wan Kenobinote cameo | Ahsoka | Rebels | Leia, Princess of Alderaan | Rogue One | From a Certain Point of View | A New Hope | Princess Leia | Heir to the Jedi | Star Wars (Marvel 2015) | Vader Down | The Empire Strikes Back | War of the Bounty Hunters | Return of the Jedi | Shattered Empire | The Princess and the Scoundrel | Battlefront II | The Mandalorian | The Book of Boba Fett | Shadow of the Sith | The Force Awakens | Age of Resistance | The Last Jedi | Resistance Reborn | Allegiance | The Rise of Skywalker
"Thank you, Artoo Detoo. You have proven to be very loyal."
— Queen Amidala (Sabé)

R2-D2, pronounced Artoo-Detoo and often referred to as R2 (Artoo), was an R2 series astromech droid who aided the heroes with his superb mechanical skills and fighter pilot assistance. He formed an unlikely but enduring friendship with the fussy protocol droid C-3PO. R2 had masculine programming, so he wouldn't be addressed as 'it'. Originally part of the squad of astromechs tending to the Naboo Royal Palace's hangar, he was instrumental in Queen Padmé Amidala's escape when Naboo was conquered. When Anakin Skywalker became a Jedi Knight, Padmé gave R2 to Anakin and the astromech droid served loyally on the front lines throughout the Clone Wars, even being involved in his own secret mission to recover a Separatist decoding chip. Alongside C-3PO, he was given to Senator Bail Organa and came to serve first Leia Organa and then Luke Skywalker, serving as the young Jedi's astromech much as he had done for Anakin before the senior Skywalker's fall to the Dark Side.

Tropes from the Prequel Trilogy

Tropes from the Original Trilogy

Tropes from the Sequel Trilogy

Once a famed smuggler and outlaw, Lando Calrissian moved on to the life of a card shark and sportsman, travelling the galaxy aboard his luxurious starship, the Millennium Falcon. Nonetheless, he was drawn back into the criminal underworld for one last job by Qi'ra, Tobias Beckett and Han Solo, who requested his aid in stealing a large shipment of raw hyperfuel from the mines of Kessel. Years after his adventures with Han, Lando became Baron-Administrator of Cloud City on Bespin, doing his best to govern the tibanna gas mining colony and keep it out of the Galactic Civil War. He reluctantly betrayed Han to protect the city from the Empire, but redeemed himself by joining the rebellion and helping rescue his old friend, eventually rising to the rank of General in the Rebel Alliance.

Tropes from the Solo Era 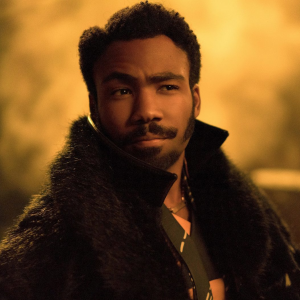 "Everything you've heard about me is true." 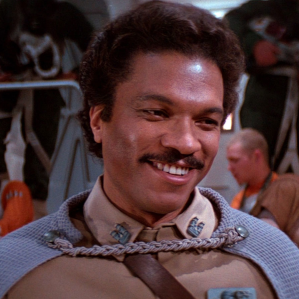 "Yeah, I'm responsible these days. It's the price you pay for being successful." 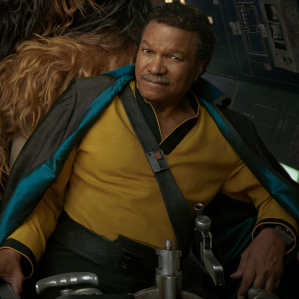 Following the liberation of Bespin, Lando stepped down as Baron-Administrator and started Calrissian Enterprises, which specialized in the manufacturing of droids. He later helped Luke search for the Sith assassin Ochi of Bestoon, but gave up the search and settled on Pasaana as a hermit to bury the memory of his lost family. Years later, Lando aids the Resistance in their last stand against the First Order.