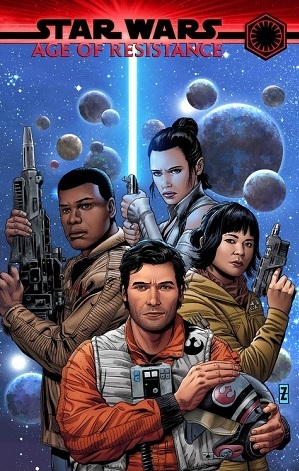 Star Wars: Age of Resistance is a 2019 Marvel Comics series set in the Star Wars Expanded Universe written by Tom Taylor. The Special 1 issue is co-written by Taylor, G. Willow Wilson, and Chris Eliopoulos. Art for the series is done by Leonard Kirk and Ramon Rosanas.

The series covers a number of heroes and villains across the Sequel Trilogy era, taking place before, during and after the events of The Force Awakens and The Last Jedi.

Not to be confused with The Dark Crystal: Age of Resistance.