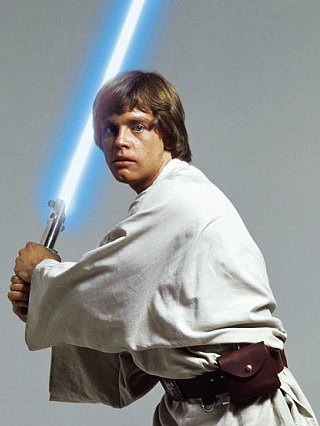 "I am a Jedi, like my father before me."

Luke Skywalker is a farm boy from the backwater world of Tatooine who famously destroys the Death Star and becomes the Rebel Alliance's greatest hero. Under the guidance of Obi-Wan Kenobi and Yoda, Luke learns about his family as the son of fallen Jedi Anakin Skywalker, and learns the ways of the Force, becoming a Jedi himself. 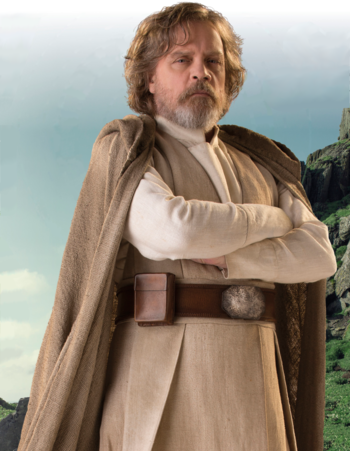 "The rebellion is reborn today. The war is just beginning. And I will not be the last Jedi."

"Impressive. Every word in that sentence was wrong."

Thirty years after the destruction of the second Death Star, Luke shied away from his life as a soldier to lead a new generation of Jedi. However, when the student who would become Kylo Ren destroyed what Luke had built, he went into exile, searching for the first Jedi temple in order to find answers. In order to combat the growing power of the First Order, Leia has made locating Luke the primary goal of the Resistance, and the Force-sensitive Rey has come to him to seek teachings... and it didn't exactly go the way she expected.