open/close all folders
Advertisement:
The Alliance to Restore the Republic / The New Republic
The Rebel Alliance in General

The Alliance to Restore the Republic 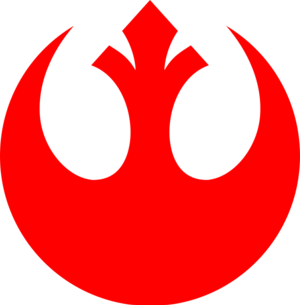 Formed by Bail Organa and Mon Mothma after the Clone Wars, the Rebel Alliance has only one goal in mind: to overthrow the evil Galactic Empire and restore freedom to the galaxy by rebuilding the Galactic Republic. Many volunteers, defectors and veterans come to serve the Rebels' valiant cause and, despite the overwhelming odds, eventually triumphing over the Empire at the Battle of Endor.

The New Republic in General 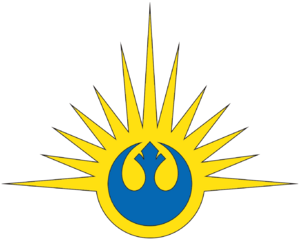 "When we look back upon the war against the Empire—upon the billions of lives lost—sometimes it seems as though nothing could ever have been worth the terrible price we paid. But when we think of those people who perished in the conflict, let us remember that they died for justice. For liberty. For the extraordinary peace we now enjoy. This is what we fought for."
— Senator Tai-Lin Garr
Capital World: Chandrila (first), unspecified number of Core and Mid-Rim worlds, Hosnian Prime (last).

Having achieved victory at Endor, the Rebel Alliance rebranded itself as the New Republic in 5 ABY, restoring freedom and democracy to the galaxy. Though its membership was smaller than the Old Republic's due to many worlds choosing to become independent or joining smaller galactic powers. Despite this, they still were the most powerful galactic power in the known galaxy under the leadership of Mon Mothma. However, by 28 ABY, the New Republic's senate had devolved into constant political in-fighting between the pro-regional autonomy "Populists" and the aristocratic "Centrists", which prevented them from restoring order and stability to the Outer Rim. This led to many star systems defecting to a fledging neo-Imperial galactic state known as the First Order, formed by descendants of Imperial radicals, political sympathizers and kidnapped/brainwashed conscripts just coming out of hiding from the Unknown Regions — who promised to restore order to the galaxy where the New Republic had failed.

In 34 ABY, thirty years after the defeat of the Empire and the formation of the New Republic, the First Order declares war on the Republic after years of tensions by destroying the entire Hosnian System — which housed their current capital and most of their fleet — using Starkiller Base, a planet-size weapon ten times bigger than the second Death Star.

With the senate and most of their military and fleet destroyed, the remaining loyal star systems either surrendered to the First Order or abandoned the rest of the Republic worlds to protect themselves with their own local forces, allowing the First Order to easily conquer most of the galaxy.

A year after the New Republic was devastated, most of its member systems were either under siege or have surrendered willingly to the First Order; leaving only General Leia Organa's Resistance, a successor to the old Rebellion, standing for democracy and freedom in the galaxy. 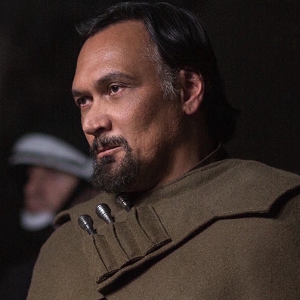 "Help us, General Kenobi. You're our only hope."

A member of Alderaan's royal family and the planet's representative in the Galactic Senate. He and a set of like-minded allies banded together to form a pocket of resistance against Chancellor Palpatine's grabs for power during the Clone Wars, which eventually grew into the Rebel Alliance. At the end of the war, Bail adopted his friend Padmé Amidala's newborn daughter Leia and raised her to join the cause against the Galactic Empire.

See her entry on the New Republic Senate page. 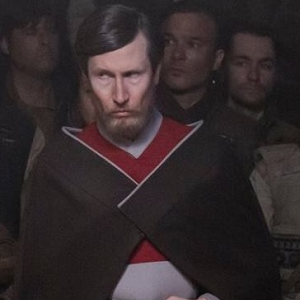 Portrayed by: Jonathan Aris
Appearances: Rogue One | Empire's End
"The Death Star. This is nonsense."

A human male who served in the Imperial Senate as the senator of Uyter. Jebel was the Finance Minister of the Alliance Cabinet and was present on Yavin 4 in the Great Temple of Massassi during the events leading up to the theft of the plans to the Death Star. Following the establishment of the New Republic, Jebel continued to serve as Uyter's senator and as Finance Minister. 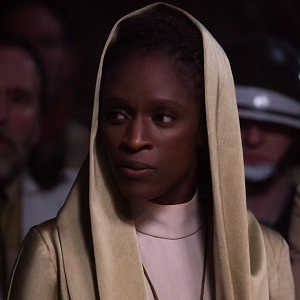 "You're asking us to invade an Imperial installation based on nothing but hope?"

Portrayed by: Sharon Duncan Brewster
Appearances: Princess of Alderaan | Rogue One
"The blood of all Taris will not be on my hands. If it's war you want, you'll fight alone!"

A human female who served in the Imperial Senate as the senator of Taris. Pamlo was a member of the Alliance Cabinet, serving as the Minister of Education. When the existence of the Death Star was revealed to the Alliance, Pamlo advocated surrender and disbanding the Alliance. 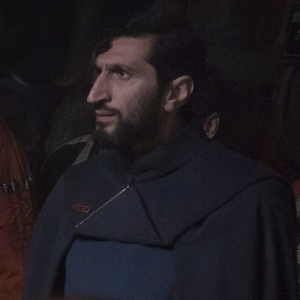 Portrayed by: Fares Fares
Appearances: Princess of Alderaan | Rogue One
"We joined an Alliance, not a suicide pact!"

A human male who served in the Imperial Senate as senator of the industrious Taldot Sector. Jebel was a member of the Alliance Cabinet, working as their Minister of Industry. He was present on Yavin IV in the Great Temple of Massassi during the events leading up to the theft of the plans to the Death Star. 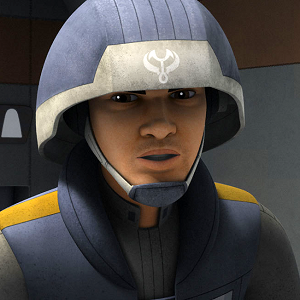 The senatorial attaché of Senator Mon Mothma of Chandrila. He accompanied her in an escort to Dantooine after she publicly denounced Emperor Palpatine, with help from the Ghost crew and Gold Squadron.

A female Pantoran who served the New Republic as the public relations representative between Chancellor Mon Mothma and the Galactic Senate after the Battle of Endor.

Other Rebel and New Republic Personnel 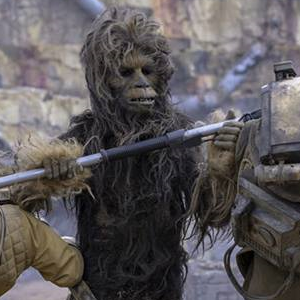 Once a freedom fighter on Kashyyyk, Sagwa was captured and sold as a slave to the Pyke's spice mines on Kessel. He was one of many slaves who was freed by Chewbacca during a coaxium heist. Keeping in contact with Chewie, Sagwa took jobs on Nar Shaddaa until reuniting with his friend and joining the Rebellion. 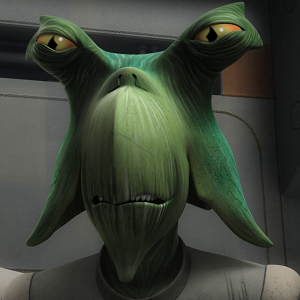 One of the many scientists and engineers abducted from their homes by the Empire as a part of Project: Stardust. After being rescued by rebels, he and the others chose to join the Rebel Alliance. 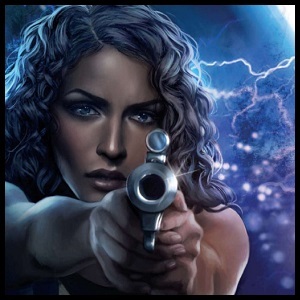 Appearances: Heir to the Jedi

The daughter of Fayat Kelen, the head of Kelen Biolabs, Nakari joined the Rebellion and served as an agent and trainer shortly after the Battle of Yavin. 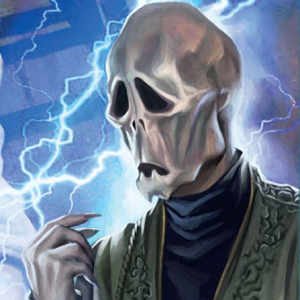 Appearances: Heir to the Jedi

A cryptographer renowned for her ability to breach secure communications systems, Drusil offered her services to the Rebellion. After she was detained by the Empire, the Rebellion sent Luke Skywalker and Nakari Kelen to rescue Drusil and her family. 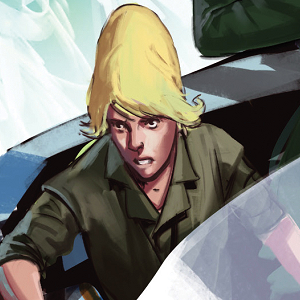 A slicer who worked for the New Republic after the Battle of Endor, later becoming its chief of cyberwarfare. He entered into a relationship and later marriage with former Imperial loyalty officer Sinjir Rath Velus, who had defected to the New Republic.

Appearances: Return of the Jedi (mentioned only)
"Many Bothans died to bring us this information."
— Mon Mothma

Before the Battle of Endor, some Bothan spies are involved in the stealing of the information for the second Death Star. Many of them died to bring the Alliance that information.

Rebel cells under the Rebel Alliance 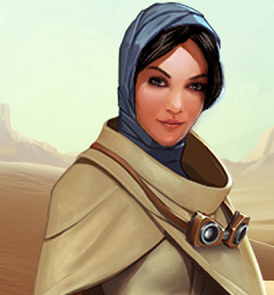 A former moisture farmer from Tatooine who joined the Rebel Alliance to seek justice after the Empire's search for two droids destroyed both her family and her farm.

Joining the Rebel Alliance is their canonical story path. See their entries on the Bounty Hunters and Mercenaries page. 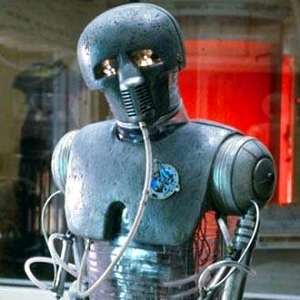 A Rebel medical droid stationed at Echo Base. It treated Luke after his encounter with the wampa and when he lost his hand to Darth Vader. 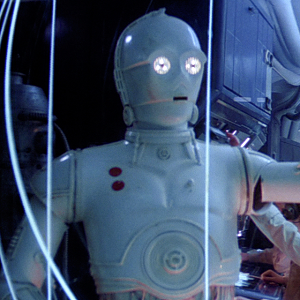 Portrayed by: NA
Appearances: The Empire Strikes Back

A protocol droid stationed at Echo Base, K-3PO is programmed to assist the Rebel command staff in strategic decisions.