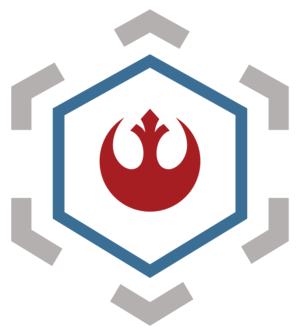 The primary intelligence gathering organization of the Rebel Alliance. Under the guidance of General Cracken, Alliance Intelligence is responsible for gathering information on the activities and inner workings of the Empire's military, diplomatic, and economic operations and then analyzing them to plan operations. Intelligence agents often work closely with Alliance SpecForce to carry out their missions, which can include sabotage, infiltration, and assassination. 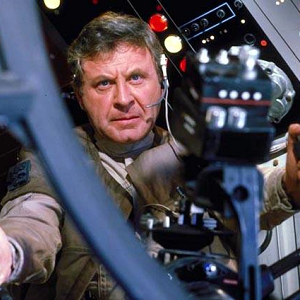 The head of the Rebel Alliance's intelligence division. 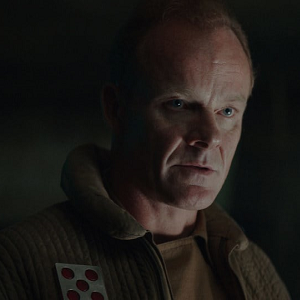 Portrayed by: Alistair Petrie
Appearances: Rogue One | Star Wars (Marvel 2015)
"There will be no extraction. You find him? You kill him…those are your orders."

A human male, Draven was stationed at Base One on Yavin 4 to serve as Alliance Intelligence's representative to the Alliance Council. He headed the operation by Extraction Team Bravo to retrieve Jyn Erso from Imperial custody on Wobani and oversaw Operation Fracture, the mission to assassinate Galen Erso. 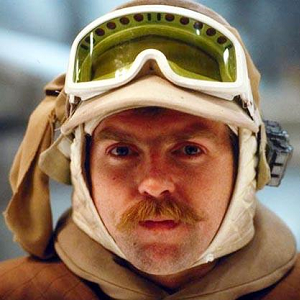 Portrayed by: John Ratzenberger
Appearances: Heir to the Jedi | The Empire Strikes Back | Return of the Jedi
"Your Highness, there's nothing more we can do tonight. The shield doors must be closed."

A Rebel officer and a member of Alliance Intelligence from the planet Tiisheraan. While stationed on Hoth, he served as Echo Base's security chief. He later led the unit which supported the mission to bring down the second Death Star's shield generator on Endor.

See his entry on the Rogue One page.
Advertisement:
Alexsandr Kallus

See his entry on the Resistance page.
Lina Graf 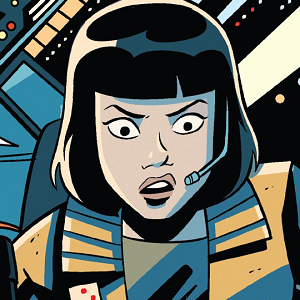 An Intelligence operative and a member of the Graf family who commands the Auric, which crash-lands on Mustafar, stranding Lina and her crew in the domain of Darth Vader. She also has several adventures that pit her against Captain Visler Korda. 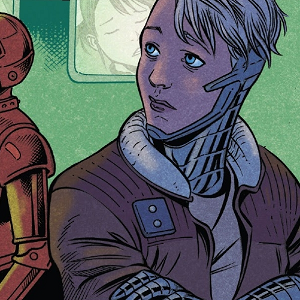 Appearances: Doctor Aphra
"It is my duty to negate any threat to the Rebel Alliance, without question or complaint."

The head of security on Eadu under General Cassio Tagge's command. When the rebels wreaked havoc at the base in an attempt to rescue/assassinate Galen Erso, she was demoted to captain and reassigned to investigating the remains of the evacuated rebel base on Yavin IV for failing to keep Eadu secure. She crossed paths with the Ark Angel crew when they were in search of the Ordu Aspectu.

After several failures, many of them involving an increasingly tangled romantic relationship with Doctor Aphra, she defected to the Rebel Alliance and became the leader of Strike Team Misericorde, operating out of the ship Unnamed. Much to her dismay, Magna's path once again crossed paths with Aphra, whom Magna no longer had any faith in. 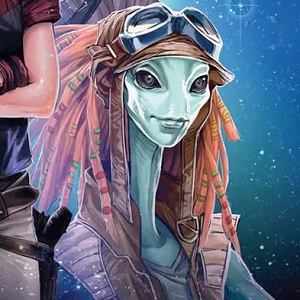 An excommunicated member of the Isopter Death Cult, having been kicked out for giggling during prayers. She is hired by Dr. Aphra and the Son-tuul Pride for a mission to uncover Triple-Zero's memory banks.

A member of New Republic intelligence, Caern enlists the members of Alphabet Squadron to hunt down and destroy the Imperial Ace Squadron Shadow Wing. 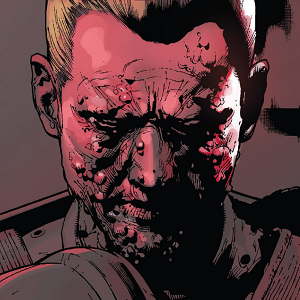 Appearances: Star Wars (Marvel 2015)
"The Rebellion has heroes. I don't get to be one of them. I do what needs to be done."

A human Rebel spy stationed on Coruscant under the guise of the Imperial "Tharius Demo". He is forced to leave the planet after his cover is blown following a failed attempt to take the Emperor's life. 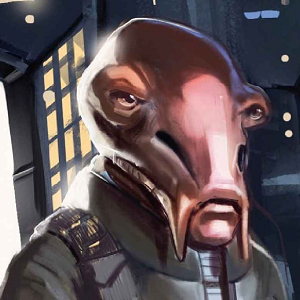 A male Abednedo technician and demolitions expert who works for Alliance Intelligence. He is assigned to Leia's team for Operation: Yellow Moon. 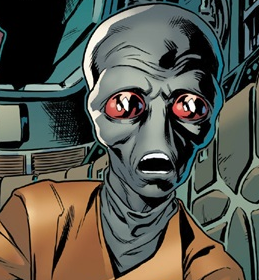 Appearances: Han Solo
"I knew this rescue mission was a terrible idea from the start. The traitor is going to kill us all. We'll be sitting ducks."

A Duros agent who was part of a Rebel intelligence network that was being murdered by one of their own. Bot is the first informant rescued by Han Solo during the Dragon Void Run. 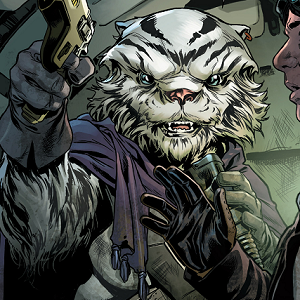 Appearances: Han Solo
"I didn't have much choice. That protection I couldn't pay for? It meant I lost everything to the Empire. Even my friends were taken. The experience gave me a new perspective."

A female Selonian, Dorae has a history with Han Solo and became a Rebel agent after the Empire seized her bar and enslaved her friends after she failed to pay protection money. As part of a network of Rebel spies being murdered, Dorae was the second informant rescued by Han during the Dragon Void Run. 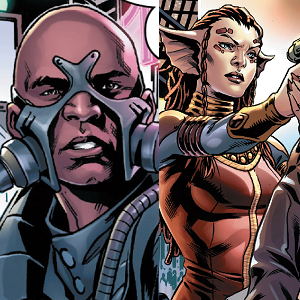 Two rebel operatives that sought out Han Solo and Chewbacca in an attempt to take the Millennium Falcon to investigate a case of assassinated rebel spies in the Dragon Void Run, per orders of Princess Leia. 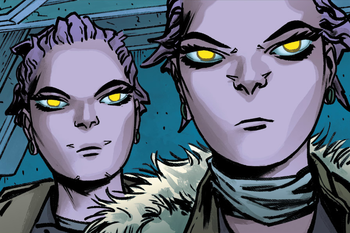 A pair of twins that served as spies for the Rebel Alliance. On recommendation of General Draven, the two accompanied Cassian on a mission to Wecacoe to retrieve Imperial security protocols. 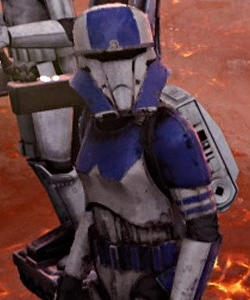 Voiced by: Sam Witwer
Appearances: Secrets of the Empire

An Alliance spy who led a mission to Mustafar alongside K-2SO sometime after the Imperial droid was reprogrammed to serve the Alliance. 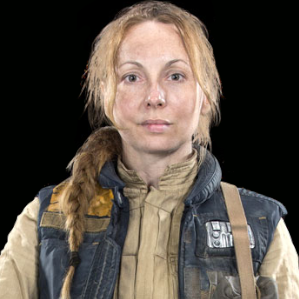 Portrayed by: Madeleine Domries
Appears in: Rogue One

An intelligence agent recruited by Captain Cassian Andor, serving the rebels as an advanced scout for urban combat units. When she heard Cassian was a part of the Rogue One operation, she didn't hesitate to join Blue Squadron in their ground assault on Scarif. 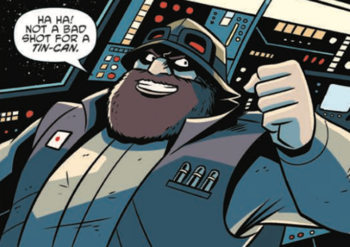 A Rebel officer who serves under Lina Graf aboard the Auric. He's with her when they crashland on Mustafar.

See its entry on the Rebel Cells page.