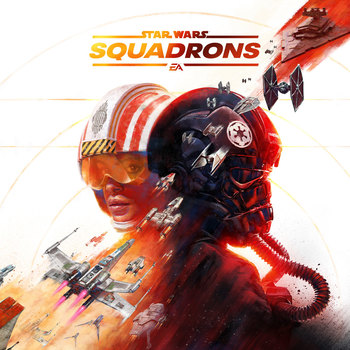 Star Wars: Squadrons is a 2020 Star Wars flight sim game developed by Motive Studios and published by Electronic Arts for the PlayStation 4, Xbox One and PC.

The game is set directly after the events of the Battle of Endor, with the story alternating between two customisable pilots who are flying for the New Republic's Vanguard Squadron and the Empire's Titan Squadron respectively. Gameplay takes place in first person, inside the cockpit; all information is relayed to the player through their flight instruments.

The game's multiplayer mode support up to 10 players and pits two groups of pilots against each other. As players earn more experience, they can unlock new weapons, shields, upgrades and various cosmetic items for the pilot and their ship. The PC and PS4 versions are also playable in virtual reality using VR headsets.

The reveal trailer can be seen here.