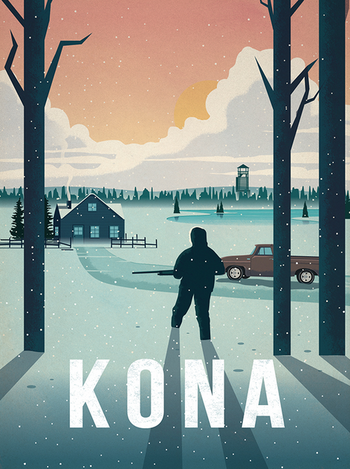 When you disappeared, so did purity.
I would defend purity against the winds, the tides,
against ice and blizzard.
Advertisement:

Northern Canada, 1970. William Hamilton, a wealthy industrialist, has called Private Investigator Carl Faubert to his place to have him look into several cases of mysterious vandalism that have taken place on his property. Carl agrees to do the job, and drives for several hours to the client's home.

When he gets there, though, he finds that not only must he solve this case, but a blizzard is happening in the area. This means he's going to have to survive the harsh elements, and wildlife, while he's at it.

Kona is an Atmospheric Survival Adventure Game developed by Parabole. The game was funded