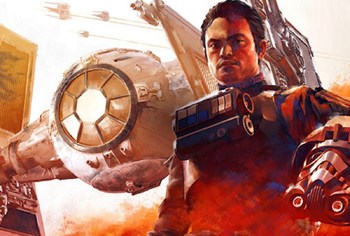 In the aftermath of the Battle of Endor, the Galactic Empire mounts a desperate defense of a shipyard in orbit of the planet Var-Shaa. As Rebel forces overwhelm the defenders, a full retreat is ordered — leaving Captain Varko Grey behind after he breaks formation to rescue a fellow pilot. His TIE interceptor badly damaged, Grey soon finds himself locked in a deadly game of cat and mouse with a ruthless X-Wing pilot...

The film can be viewed for free here