open/close all folders
Advertisement:
The Resistance 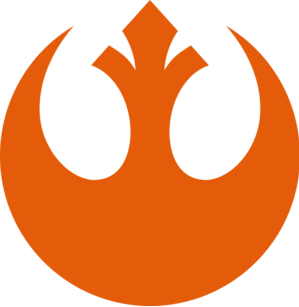 "The sun is setting on the New Republic. It's time for the Resistance to rise."
—General Leia Organa

The Resistance is a small, secretive private military force formed by General Leia Organa in 28 ABY to monitor and check the actions of the First Order — a rising neo-imperial galactic state — along the borders of the New Republic's territory. Most of the New Republic politicians and military officers refuse to have anything to do with the Resistance, regarding General Organa and her soldiers as warmongers and extremists, causing Organa's cash-strapped movement to rely on credits, ships and equipment quietly funneled to it from the few senators who share her concerns.

Following the disappearance of Jedi Master Luke Skywalker when his fledging Jedi Order was destroyed, the Resistance sent many operatives across the known-universe in search of his whereabouts as they were no match for the First Order's fleet and numbers.

In 34 ABY, after years of tensions, the First Order finally declares war on the New Republic by destroying the entire Hosnian System — which housed their current capital alongside most of their fleet and military — using Starkiller Base, a planet-size weapon ten times bigger than the second Death Star.

In retaliation, the Resistance launches an attack on Starkiller Base and they are able to destroy it with the help of a First Order defector. However, a few days later, the Resistance is decimated in the Battle of Crait by the First Order. With only two dozen survivors aboard the Millennium Falcon and small scattered cells across the galaxy, they decide to regroup and recover their numbers to fight the First Order, who have begun taking control of the frightened and divided galaxy.

A year later, the Resistance has settled in the Outer Rim planet of Ajan Kloss, hidden from the First Order who have occupied the Mid-Rim and are on their way to occupy the Core Worlds. With little-to-no support from the Free Worlds, they rely on hit-and-run tactics and propaganda in an attempt to cause a mass uprising against the First Order. 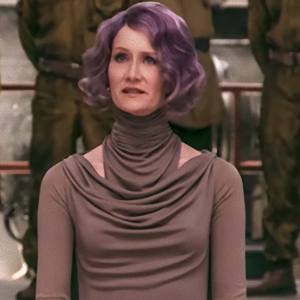 Portrayed by: Laura Dern
Appearances: Leia, Princess of Alderaan | Age of Resistance | Cobalt Squadron | The Last Jedi
Leia: Then there's this girl from Gatalenta named Amilyn Holdo who is… let's say, a little odd.
Bail Organa: I trust your judgement, Leia, but don't be too quick to write people off. Sometimes they can surprise you.

As a teenage member of the Apprentice Legislature under the Empire, Amilyn met Leia Organa and became involved in the rebellion. Decades later, she became a Vice Admiral of the Resistance and served as the commander of the Ninka.

See his entry on the Resistance Heroes page.

See his entry on the Rebel Heroes page.
Finn

See his entry on the New Republic Starfighter Corps page. 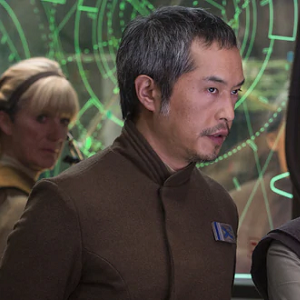 Portrayed by: Ken Leung
Appearances: Poe Dameron | The Force Awakens
"We weren't prepared for anything like this."

Statura helped to liberate his homeworld from the Empire as a teenager, after which he entered into a career in applied sciences. With the rising threat of the First Order, he was recruited by General Leia Organa to serve as the head of ship procurement and logistics for the Resistance, as well as a technical advisor. 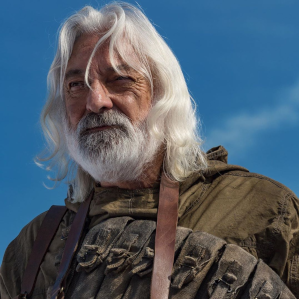 Portrayed by: Andrew Jack
Appearances: Smuggler's Run | Moving Target | Bloodline | Before the Awakening | The Force Awakens | The Last Jedi
"You will never stop us. We will not be broken. However long it takes, we will never stop fighting."

A male human officer of the Alliance and member of the Shrikes, an intelligence unit devoted to locating potential locations for Rebel bases. He later joins the Resistance's struggle against the First Order.

See his entry on the New Republic Army page. 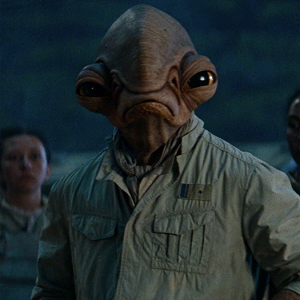 Voiced by: Chris Terrio
Portrayed by: Tom Wilton
Appearances: Allegiance | The Rise of Skywalker
"Ah, my father had maybe seen me once since my spawning. His focus was elsewhere. But I knew him. I studied every battle—every victory."

The son of legendary Rebel hero Gial Ackbar. He followed in his father's footsteps, joining Mon Cala's military and becoming an ally of the Resistance. In the aftermath of the Battle of Crait, he argued that Mon Cala's navy should aid the Resistance in the war against the First Order, eventually joining the Resistance himself after Leia Organa visited his homeworld. 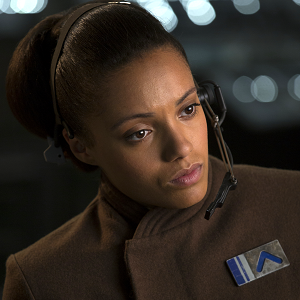 Portrayed by: Maisie Richardson-Sellers
Appearances: Bloodline | The Force Awakens
"I have total confidence in you, Sella. I know you will deliver our message to the full extent of your considerable abilities."
—Leia Organa 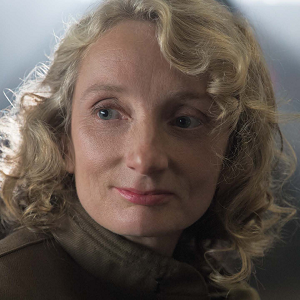 Portrayed by: Amanda Lawrence
Appearances: The Last Jedi | The Rise of Skywalker

Hailing from the independent world of Warlentta, D'Acy is a army officer of the Resistance who serves aboard the Raddus.

See her entry on the Resistance Heroes page. 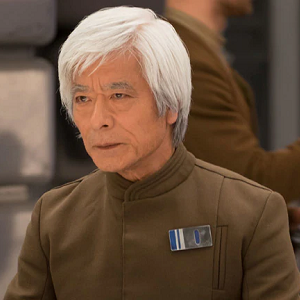 The former commander of Mykapo's planetary defense forces, Gawat joined the Resistance after his retirement to contribute his decades of experience to their cause. He serves aboard the Raddus as its executive officer. 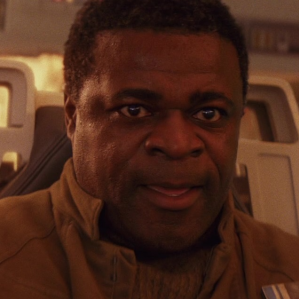 Portrayed by: Danny Sapani
Appearances: The Last Jedi
"The last of our crew has been evacuated and heading your way. It's been an honor, Admiral. Godspeed, rebels!"

An unnamed captain who piloted the medical frigate, the Anodyne, during the evacuation of D'Qar. 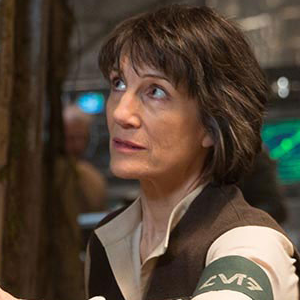 Portrayed by: Harriet Walter
Appearances: Bloodline | Black Spire | The Force Awakens
"I don't get to treat many lightsaber wounds. It's such an old weapon. People today prefer to fight with rifles and blasters, from long range. I suppose it doesn't matter. Death is death, no matter the mechanism that is employed to beget it. But not for your friend. Not this time."

A human female who serves the Resistance as a medic. 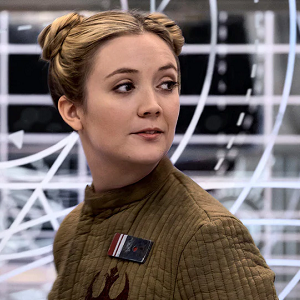 A young human woman who works as a controller at the Resistance base on D'Qar. Her skills were quickly recognized by Leia and Connix became a key member of the Resistance's command staff, often working alongside the General. 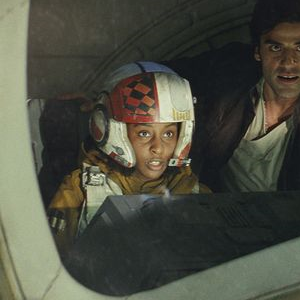 A lead controller at the Resistance Base on D'Qar. During the Evacuation of D'Qar, Goode served as a transport pilot and operated a ski speeder during the Battle of Crait. 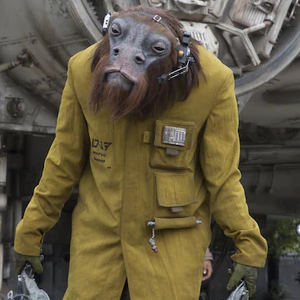 Portrayed by: Derek Arnold
Appearances: Cobalt Squadron | The Force Awakens | The Last Jedi | The Rise of Skywalker
"Two more X-wings down. That's half our fleet destroyed!"

A member of the Resistance's Ground Logistics Division who serves as a controller at the base on D'Qar. 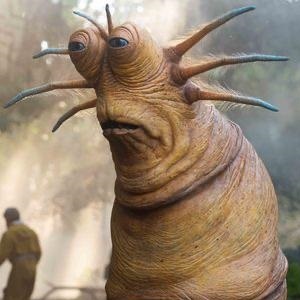 Portrayed by: Nick Kellington
Appears in: The Rise of Skywalker

A mechanic in the Engineering Corps. 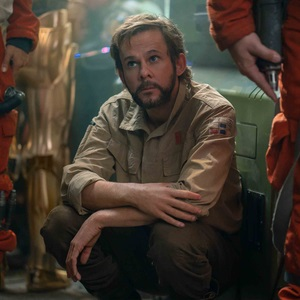 Portrayed by: Dominic Monaghan
Appearances: Adventures | The Rise of Skywalker

A historian specializing in the ancient occult, Kin abandoned his academic career following the destruction of Hosnian Prime to join the Resistance. Thanks to his knowledge of ancient languages he aids Rey in studying the Jedi texts and provides insight to the Resistance on the Sith cultists at the heart of Emperor Palpatine's return. 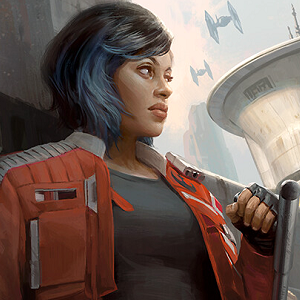 A spy for the Resistance. Sometime before Poe found Lor San Tekka, Vi was captured by the First Order and tortured by Captain Cardinal for information on Captain Phasma's past. Following her escape, Vi recovered from her injuries and was assigned to establish a new Resistance on Batuu following the Battle of Crait. 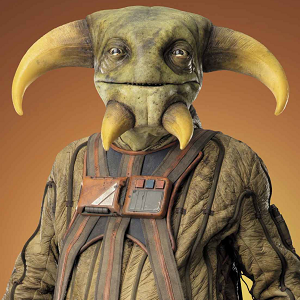 Appearances: The Rise of Skywalker
Voiced by: Mark Hamill

A resident of the Sinta Glacier Colony who gives the Resistance information from the mysterious spy within the First Order. 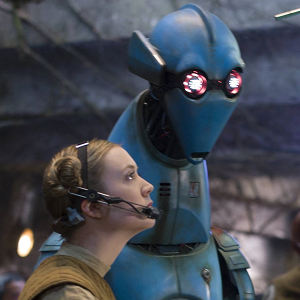 Appearances: Moving Target | Join the Resistance | The Force Awakens | The Last Jedi
"General Organa, I have been requested to assist you in recording your memoirs." 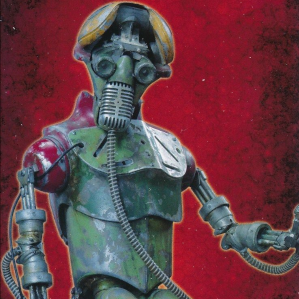 A servant droid in Maz Kanata's castle that secretly works for the Resistance. 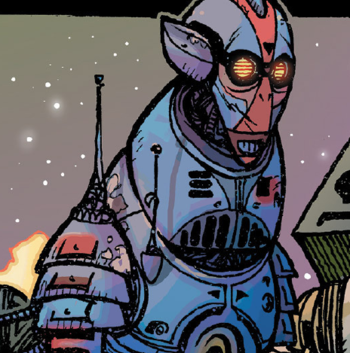 Appearances: C 3 PO
"I must say, even for a security droid, you're most ill-mannered."
—C3-PO

A "class 4 security droid". Part of C-3PO's crew on the mission to transport Omri, a captured First Order droid, to the Resistance. 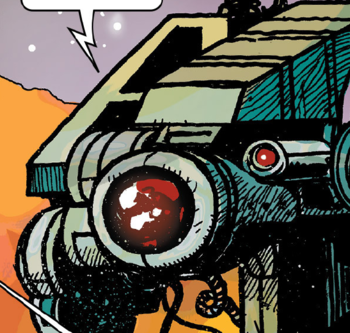 Appearances: C 3 PO
"You're a limited conversationalist, but I'm sure after your long record of service there's little you don't know about building under duress."
—C3-PO

A "class 5" construction droid. Part of C-3PO's crew on the mission to transport Omri, a captured First Order droid, to the Resistance. 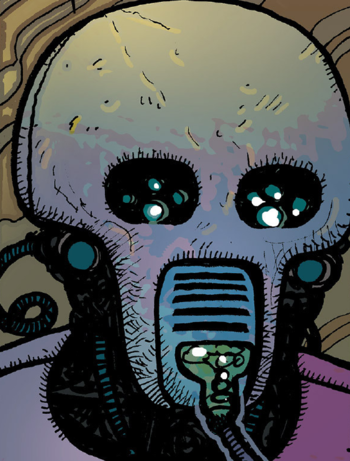 A "Class 1" medical droid. Part of C-3PO's crew on the mission to transport Omri, a captured First Order droid, to the Resistance. 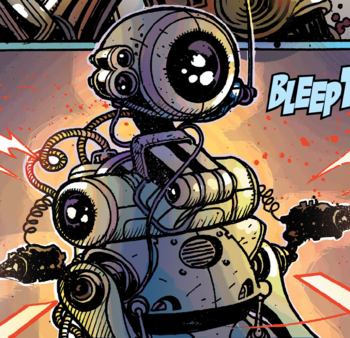 A Resistance security droid. Part of C-3PO's crew on the mission to transport Omri, a captured First Order droid, to the Resistance. 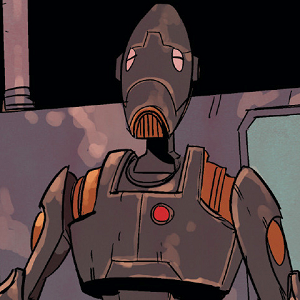 Appearances: Poe Dameron
"Fight? Why would I do that? They don't want to kill me. Once you're dead, I'll just surrender, and live to surrender another day."

One of C-3PO's droid spies stationed on the criminal run Outer Rim world of Kaddak who learns the location of Supreme Leader Snoke.