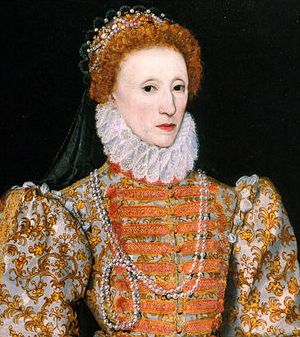 When a collar, may it be the dog collar or the one on clothes, is so large that we cannot see their neck. Showing their neck otherwise is Fanservice. The collar might just be a Regal Ruff.