All spoilers regarding the Skywalker Saga and The Clone Wars are unmarked. Examples relating to Disney's EU and the new movies can be spoiler-tagged if deemed necessary. Beware of Rogue One spoilers.

Character page for the characters involved in the Rebel Alliance's plan to steal the plans of the Death Star.

Contains heavy spoilers for the film Rogue One. Browse through at your own caution.

open/close all folders
Advertisement:
Rogue One
In General 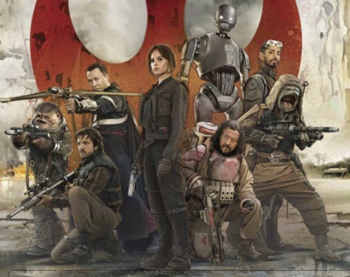 "During the battle, Rebel spies managed to steal secret plans to the Empire's ultimate weapon, the DEATH STAR, an armored space station with enough power to destroy an entire planet."
— Opening Crawl of A New Hope

After receiving a distress call from Galen Erso regarding a major superweapon test (specifically, the testing of the Death Star I's firing capacity) by the Galactic Empire, the Rebel Alliance at Yavin IV led by Senator Mothma broke Erso's daughter, Jyn Erso, out of Imperial custody. Assigned to a team with Captain Cassian Andor and reprogrammed Imperial droid K-2SO, they would journey to Jedha and would recruit Chirrut Imwe, Baze Malbus, and Bodhi Rook, with the help of the Onderon Partisans led by Saw Gerrera, before journeying to Eadu and Scarif in search of Jyn's father and eventually, the plans of the Death Star that would bring the battle station's downfall. 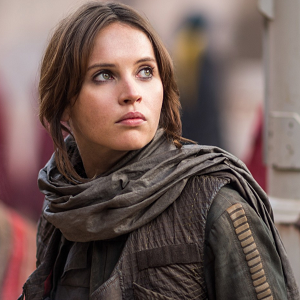 "Rebellions are built on hope!"

The daughter of Galen and Lyra Erso, Jyn was taken in by Saw Gerrera and trained as a rebel after the death of her mother and kidnapping of her father at the hands of the Empire. After being abandoned by Saw, Jyn roamed the galaxy for several years as a petty criminal before being arrested and imprisoned by the Empire. Eventually she was broken out of prison by the Rebel Alliance, who wanted to use her as a means of contacting Saw, whose Partisans had captured a defecting Imperial pilot with critical information about an Imperial weapons project. While on the mission, Jyn learned the truth about her father's fate and formed a unit of rebels to strike at the Imperial archives on Scarif to steal the plans for the Death Star. 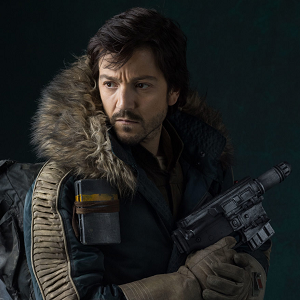 "Suddenly the Rebellion is real for you.
Some of us live it."

A captain in Alliance Intelligence that was assigned to escort Jyn on her mission to make contact with Saw Gerrera's Partisans. After the Alliance refused to act on the information they gathered, Cassian recruited the bulk of Rogue One to join an unsanctioned mission to steal the Death Star plans. 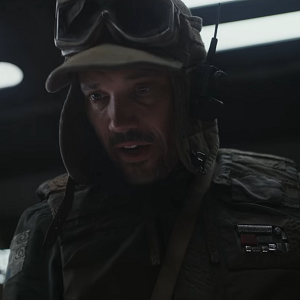 "You want to get out of here?"

The senior ranking member of Extraction Team Bravo, a military unit under the command of General Draven. He and the rest of Bravo Team would be sent to Wobani to retrieve Jyn Erso from Imperial custody. Melshi later joins Cassian in launching the assault on Scarif to capture the Death Star plans. 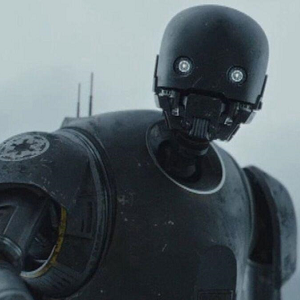 Portrayed By: Alan Tudyk
Appearances: Cassian & K-2SO | Adventures | The Mighty Chewbacca | Secrets Of The Empire | Rogue One
"Congratulations, you are being rescued. Please do not resist."

The Rebels managed to get a hold of one of the Empire's new enforcer droid models from the KX-series security droids, K-2SO. He joined Extraction Team Bravo to retrieve Jyn Erso out of Imperial custody on Wobani, and would later join her alongside Captain Andor to Jedha, which, through a turn of events, would lead to the formation of the Rogue One team and theft of the Death Star plans. 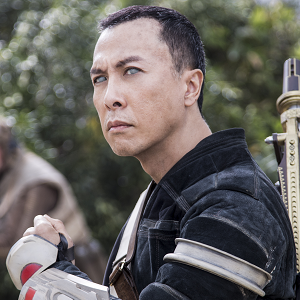 "I fear nothing. All is as the Force wills it."

Portrayed By: Donnie Yen
Appearances: Galaxy's Edge | Guardians of the Whills | Star Wars Rebels note voice only. | Rogue One
"The Force is with me. I am one with the Force."

A Warrior Monk from Jedha who believes in the Force and the Jedi. Chirrut Îmwe fights against the Empire with the aid of his friend and protector Baze Malbus. 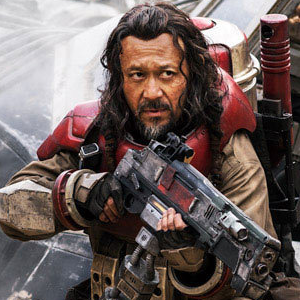 "They destroyed our home!"

Portrayed by: Jiang Wen
Appearances: Guardians of the Whills | Rogue One
"There are no Jedi here anymore. Only dreamers like this fool."

A rebel soldier from Jedha, Baze does not share his friend Chirrut Îmwe's belief in the Force. He was hardened into a pragmatic soldier by the Imperial occupation of his homeworld. 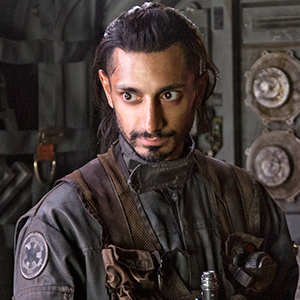 Portrayed By: Riz Ahmed
Appearances: Rogue One
"It's Rogue... Rogue One!"

A former Imperial freighter pilot from Jedha who joined the Rebellion after seeing first-hand the consequences of the Imperial occupation of his homeworld. 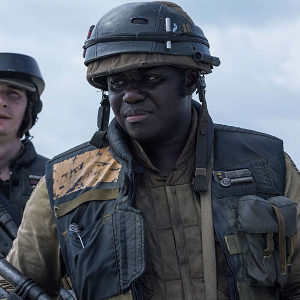 A SpecForce officer who joins Rogue One in the mission to steal the Death Star plans on Scarif. 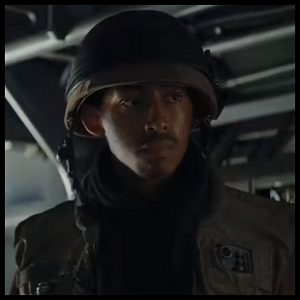 A rebel soldier who aspires to one day join the Pathfinders. He volunteered to join Rogue One after catching wind of their plan to infiltrate Scarif. During the battle, Tonc commanded the soldiers who stayed with the shuttle to guard it and Bodhi. 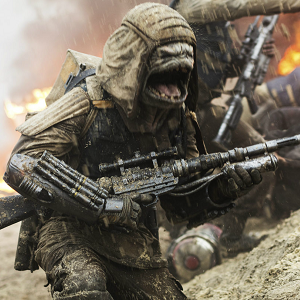 A male Drabata that served as a commando in the Rebellion and participated in the mission to steal the Death Star plans. 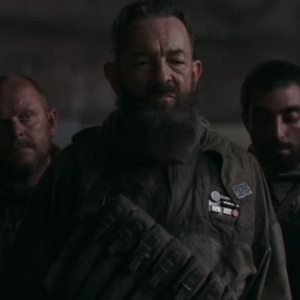 Portrayed by: Francis Magee
Appearances: Rogue One
"Get in! Get in!"

A wilderness fighter specialist with the 4th SpecForce Regiment. He assisted in clearing out the jungle brush that encompassed the Great Temple of Massassi when the Alliance built their base on Yavin 4 before eventually volunteering to join Rogue One's mission to Scarif. 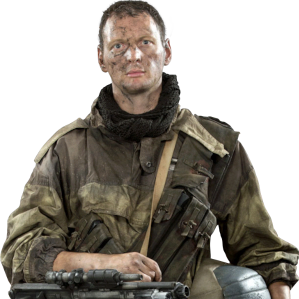 Portrayed by:
Appears in: Rogue One 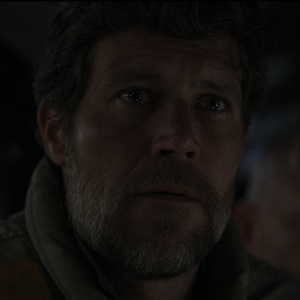 Portrayed by: Matt Rippy
Appears in: Rogue One

A qualified sharpshooter specialist when partnered into a SpecForces Commando squad. He works with Private Basteren for maximum strike coverage on the battlefield. 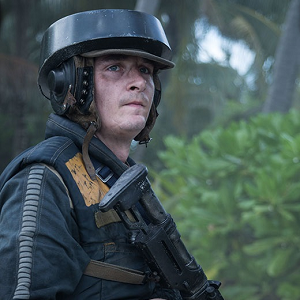 Portrayed by: James Harkness
Appears in: Rogue One

Thanks to keeping constant watch over his family's crops from wild woshrikes on his agrarian homeworld, his sharpened eyesight has made Private Basteren a valuable sniper for the rebels. 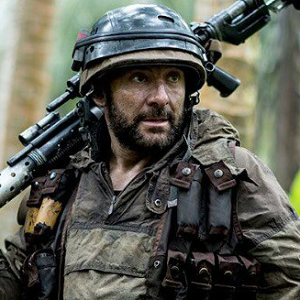 The former owner of a bloodhound kennel on his homeworld of Mykapo, Calfor is a demolitions specialist who joins Rogue One on the mission to Scarif.