open/close all folders
Advertisement:
New Republic Senate
The governing body of the New Republic, the Galactic Senate convenes on the current capital of the New Republic, which is selected by vote. After first meeting on Chandrila, the capital moved to the agricultural world of Nakadia. By 28 ABY, the capital was located on Hosnian Prime, where it remained for the next six years until the destruction of the Hosnian System by the First Order, which wiped out most of the Senate.

Office of the Chancellor 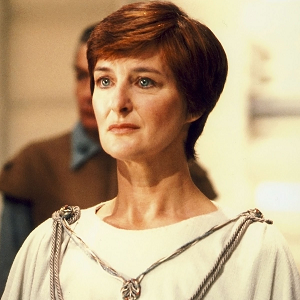 "The Emperor's made a critical error, and the time for our attack has come." 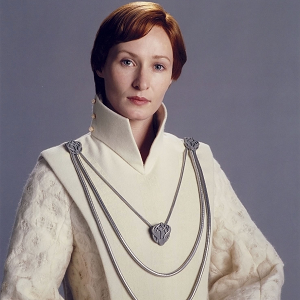 Portrayed by: Caroline Blakiston (Return of the Jedi), Genevieve O'Reilly (Revenge of the Sith, Rebels, Rogue One)
Voiced by: Kath Soucie (The Clone Wars)
Voiced by (Latin American Spanish dub): Consuelo Sedano (first dub), Lourdes Morán (redoblaje)
Appearances: Queen's Shadow | The Clone Wars | Revenge of the Sith | Rebels | Rebel Rising | Secrets of the Empire note trailer only | Rogue One | From a Certain Point of View | Star Wars (Marvel 2015) | Lost Stars | Moving Target | Return of the Jedi | Aftermath | Life Debt | Empire's End | Victory's Price
"War is not a state of being. It is meant to be a temporary chaos between periods of peace. Some want it to be the course of things: a default fact of existence. But I will not let that be so."

Born into a political dynasty, Mothma represented her homeworld of Chandrila in the Galactic Senate and served as one of the leaders of the Loyalist faction. Following the rise of the Empire she became a co-founder of the Rebel Alliance and served as its civilian leader. After the Battle of Endor, Mothma is elected as the Chancellor of the New Republic senate. 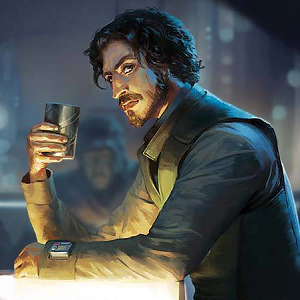 A Imperial loyalty officer from the ISB stationed on Endor, Sinjir faked his death and deserted when the second Death Star was destroyed. Suffering from a crisis of conscience, he wandered the galaxy drinking for a few months before arriving on the planet Akiva, where he unintentionally becomes involved in a conflict between the New Republic and the Empire. After the Battle of Akiva, Sinjir joins the New Republic as part of a unit dedicated to hunting down Imperial war criminals. Near the end of the war, he becomes one of Chancellor Mon Mothma's senior advisors.

A female Togruta who serves as an advisor to Mon Mothma during the Galactic Civil War, a role which she continues in after the establishment of the New Republic.

Appearances: Aftermath | Life Debt
"In this time of upheaval, the galaxy will need law and order and you will grant it only chaos."

A elderly human male who serves as an advisor to Mon Mothma during the war and after the establishment of the New Republic. 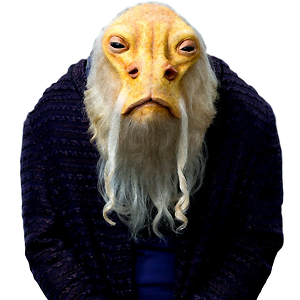 A male Tarsunt who served as Chancellor of the New Republic, circa thirty years after the Battle of Endor. His refusal to brand the First Order as a threat (especially after Senator Organa’s constant warnings) gets him, The New Republic and billions of innocents killed.

See his entry on the Rebel Alliance page.
Tolwar Wartol

Appearances: Empire's End
"Orish knows sacrifice. Orish knows what it is to poison ourselves so that the Empire may not consume us and our world. What do you know of it?"

The senator of Orish, Wartol is one of the few thousand survivors of the Orishen species after they used a chemical weapon to annihilate the Imperials occupying their homeworld. After being elected, Wartol was Mon Mothma's opponent in the first race for the Chancellorship of the New Republic.

A up and coming Centrist politician who represents the struggling industrial world of Riosa in the New Republic Senate. He is also a collector of Imperial memorabilia and considers the Empire a good idea but the leadership evil, having witnessed firsthand the evil of Darth Vader.

A male human who has represented his home planet of Gatalenta since the founding of the New Republic. Tai-Lin is a friend of Leia Organa and a leading member of the Populist faction.

A female human who represents the planet of Arkanis. Lady Carise is a member of the Elder Houses, the ancient nobility of the galaxy, and a leading figure amongst the Centrists.

A female Loneran senator and a member of the Populists. Vicly is well known for throwing extravagant parties but is an honest politician and a key ally and friend of Leia Organa.

Appearances: Bloodline | Before the Awakening

The senator of Hevurion and a member of the Centrist Party who sits on a military appropriations committee. After the emergence of the First Order, General Leia Organa suspects Ro-Kiintor of colluding with them.

The Senator of Taris under the New Republic. 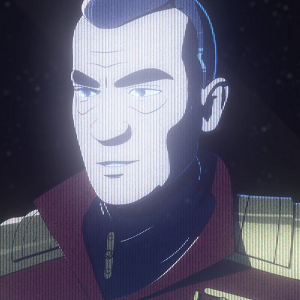 The father of New Republic pilot Kazuda Xiono, he disapproves of his "flyboy" son's career, and sees the First Order as something that can be negotiated with.

Portrayed by: ???
Appearances: The Force Awakens

The senator of Naboo under the New Republic.