All spoilers regarding the Skywalker Saga, The Clone Wars and Rogue One are unmarked. Examples relating to Disney's EU and the new movies can be spoiler-tagged if deemed necessary.

open/close all folders
Advertisement:
Alliance & New Republic Navy
The Rebel fleet was formed from the vessels of various rebel cells joining together as the Alliance was officially formed. Early on, the fleet relied on modified freighters and other smaller craft, with larger ships being donated by sympathetic planetary defense forces or stolen from the Empire. However, at hidden shipyards the backbone of the Alliance Navy was constructed as Mon Calamari engineers converted their city ships into massive vessels of war that could go toe-to-toe with Imperial Star Destroyers. After the establishment of the New Republic, new classes of vessels entered into service from captured Imperial shipyards, although the size of the navy was significantly downsized following the signing of the Galactic Concordance. 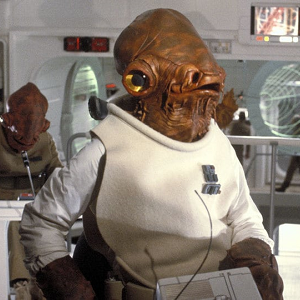 Portrayed by: Tim Rose
Voiced by: Erik Bauersfield (Return of the Jedi - The Force Awakens), Artt Butler (The Clone Wars), Tom Kane (Battlefront reboot series, The Last Jedi)
Appearances: The Clone Wars | Dark Lord of the Sith | Princess Leia | Heir to the Jedi | Star Wars (Marvel 2015) | Lost Stars | Moving Target | Return of the Jedi | Battlefront II | Blade Squadron | Shattered Empire | Aftermath | Life Debt | Victory's Price | Empire's End | Bloodline | Join the Resistance | The Force Awakens | The Last Jedi
"The Empire's weapon may be destroyed, but the Empire itself lives on. Its oppressive hand closes around the throats of good, free-thinking people across the galaxy, from the Coruscant Core to the farthest systems in the Outer Rim. We must remember that our fight continues. Our rebellion is over. But the war … the war is just beginning."

A Mon Calamari war veteran who helped lead the defense of his homeworld during the Clone Wars. He becomes a key member of the Rebel Alliance military, commanding the Rebel fleet in the war against the Empire. Ackbar retired following the end of the Galactic Civil War but returned to active service as one of the founding members of the Resistance. 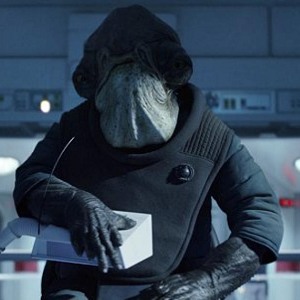 Portrayed by: Paul Kasey
Voiced by: Stephen Stanton
Appearances: Dark Lord of the Sith | Rogue One
"I say we fight!"

A Mon Calamari that served as an admiral in the Rebel Alliance. He commanded a Rebel fleet stationed at Yavin 4 and led the Rebel assault on Scarif during the battle to steal the Death Star plans. 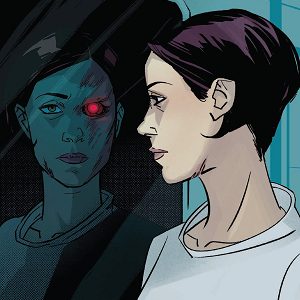 Captain of the Alderaanian frigate Sunspire and a trusted subordinate of Admiral Ackbar. Agate is given command of a small fleet to assault the Imperial forces gathered on Akiva. Her victory at Akiva results in her promotion to Commodore and she is granted command of the Concord.

The commander of the Alliance fleet's Fourth Division. 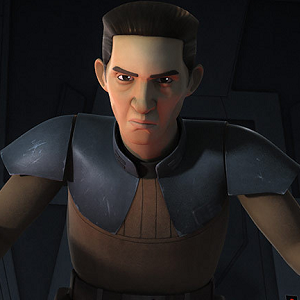 "I will not abandon our command ship."

Voiced by: Keone Young
Appearances: Rebels | Rebels Magazine
"You and your crew have proven invaluable to our fleet, Captain Syndulla."

Commander of the Pelta-class frigate Phoenix Home and leader of a the rebel cell known as Phoenix Squadron that meets with the Ghost crew after they learn of the existence of the wider rebellion. Back on his homeworld of Mykapo, his late brother was a part of Iron Squadron until his death, leaving his son and Sato's nephew Mart behind, though he would soon join the Rebellion alongside his uncle. Sato led Phoenix Squadron in joining the official formation of the Alliance to Restore the Republic. 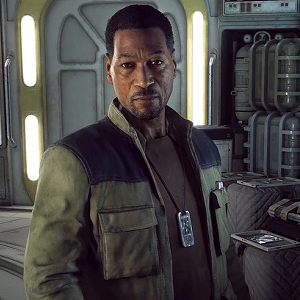 The commander of the Temperance, overseeing Project: Starhawk. Formerly the captain of Helix Squadron, he defected to the Rebellion after being ordered to eliminate Alderaanian refugees.

A human male officer stationed aboard the Apailana's Promise. He was given command of the CR90 corvette Thunderstrike after most of its crew was killed by an Imperial infiltration team. 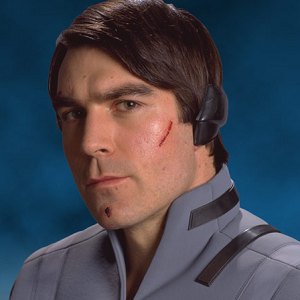 Portrayed by: Peter Geddis (A New Hope), Rohan Nichol (Revenge of the Sith), Tim Beckmann (Rogue One)
Appearances: Revenge of the Sith | Ahsoka | Princess of Alderaan | Rogue One | From a Certain Point of View | A New Hope
"The war will go on without me. It won't without you."

An Alderaanian officer under the command of Bail Organa and later a member of the Rebel Alliance.

Appearances: Ahsoka | From a Certain Point of View

The sister of Kaeden Larte. After the Raadan uprising, Miara joined the Alderaan Consular Security force and the Rebel Alliance. After spending time as a pilot, she was promoted to captain and became the leader of an Alderaanian crew. 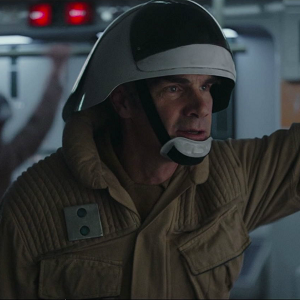 The captain of the Hammerhead-class corvette Lightmaker and its crew. During the Battle of Scarif, Oquoné and part of his crew sacrificed their lives to destroy the Imperial fleet and Shield Gate guarding Scarif. 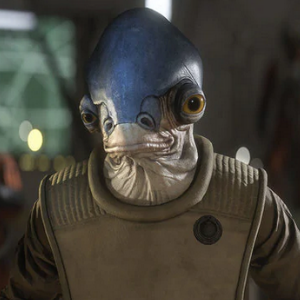 A Mon Calamari that served as an officer in the Rebel Alliance. He served as part of the crew of the Temperance as their head of operations and Fleet Intelligence. 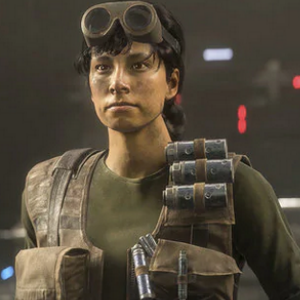 The chief mechanic of the Temperance. 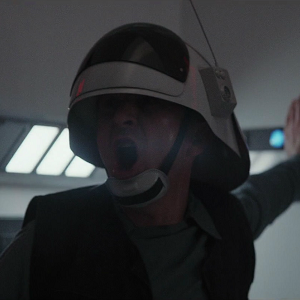 Portrayed by: Christopher Patrick Nolan
Appears in: Rogue One | From a Certain Point of View
"LAUNCH!"

A officer of the Alderaanian Consular Security force stationed aboard the Tantive IV as second officer to his friend Captain Raymus Antilles. 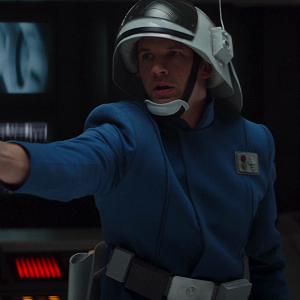 A New Republic navy soldier, operating code DC1, serving as a guard aboard a prison ship.