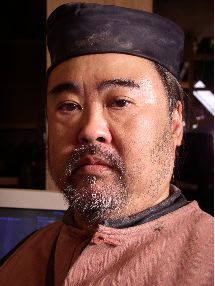 Keone Joseph Young (born September 6, 1947 in Honolulu, Hawaii) is a character actor from Honolulu, Hawaii. His father is Chinese, his mother is Japanese. He has guest starred in many TV shows, and is a semi-regular on the HBO series Deadwood as Mr. Wu.

Young is also notable for voicing Grandpa in American Dragon: Jake Long and Kaz in Hi Hi Puffy AmiYumi. He has also voiced Mr. Sanban in Codename: Kids Next Door, the firebending master Jeong Jeong in an episode of Avatar: The Last Airbender, Kuzo in The Mark of Kri and it's sequel Rise of the Kasai, and Chen Stormstout in World of Warcraft.