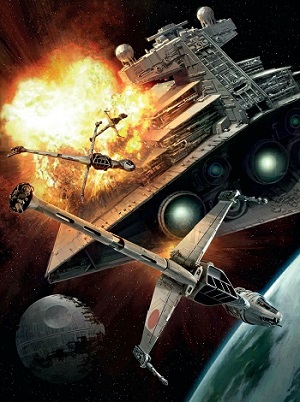 It focuses on Blade Squadron, a unit of A-Wing and B-Wing pilots of varying degrees of experience and skill during the Battle of Endor and their attempt to destroy the Star Destroyer Devastator, under the command of Admiral Jhared Montferrat, in order to clear the way for General Lando Calrissian's fighter wing to attack the second Death Star.

Accompanying the story is several images drawn by Chris Trevas, depicting some of the events of the story. "Blade Squadron" also has the distinction of being the first story set in the new Star Wars Expanded Universe following the Continuity Reboot in April 2014. A sequel entitled "Blade Squadron: Zero Hour" was released on September 8, 2015.