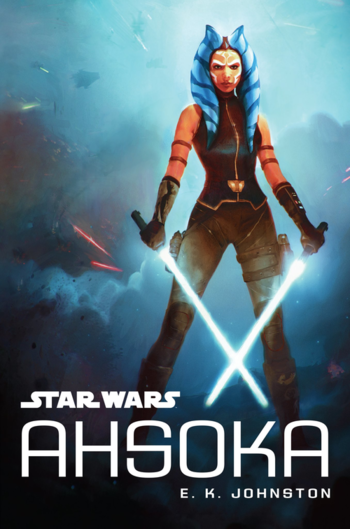 Ahsoka is a Star Wars Expanded Universe novel by E.K. Johnston, and serves as a prequel to Rebels.

Taking place in the aftermath of Order 66 and fall of the Galactic Republic, former Padawan Ahsoka Tano goes into hiding on Raada to avoid gaining attention from the Galactic Empire. But when the Imperials threaten those around her, Ahsoka must take a stand and help those in need.

Not to be confused with the forthcoming Disney+ series Ahsoka, the live-action show starring Rosario Dawson, centered on Ahsoka in a timeline closer to the events of The Mandalorian.