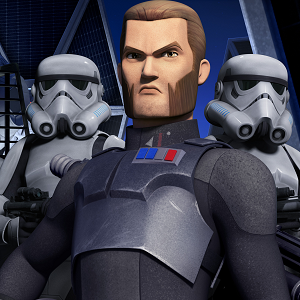 "Next time they make a move we'll be waiting for them to snuff out that spark before it catches fire."

A graduate of the Royal Imperial Academy on Coruscant and star pupil of Wullf Yularen, Kallus become one of the Empire's leading ISB agents who specialized in rooting out rebel cells in order to keep order across the galaxy. Kallus was assigned to hunt down the Ghost and its crew before they could inspire a wider rebellion within the Lothal Sector, but his time pursuing them led to Kallus reexamining his belief in the Empire.

As an Imperial Agent

A-J
K-Y
As a Rebel Agent 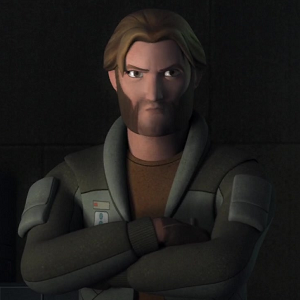 "The day I betrayed the Empire was the day I finally stopped betraying myself."

As the hunt dragged on and the Empire's atrocities became more widespread, Kallus's loyalty began to break, culminating in him becoming an informant for the Alliance's "Fulcrum" intelligence network. Unfortunately, his betrayal was discovered by Grand Admiral Thrawn, who began using him as an unwitting pawn. After narrowly escaping arrest at the Battle of Atollon, Kallus officially defected to the rebellion as an agent of Alliance Intelligence.