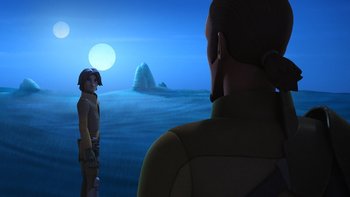 Ezra has a vision of his parents, which leads him back to Lothal where a prisoner known only as X10 escaped to.