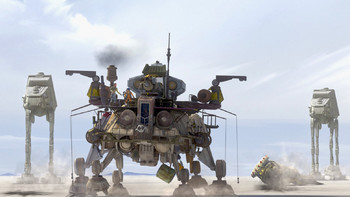 While Ezra and the others are starting to form a friendship with the old clone troopers, Kanan still can’t bring himself to trust them. But when the Empire discovers the clones’ alliance with the Rebels, they all have to start working together.