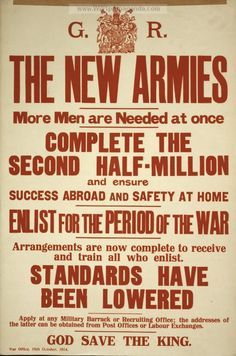 Sometimes they even advertise the fact
"Didn't know the requirements were just living and breathing!"
— Moffle, Amagi Brilliant Park
Advertisement:

An organization that has always had strict standards about who is allowed in their ranks has suddenly decided to become more lenient about who it recruits.

The most frequent reason for this change of policy is a need for more members. If the organization is combating some rival group or other force, then extra numbers, even as Cannon Fodder, become extremely valuable.

This change in policy is also most frequently how our main character becomes a member of said group when before that the best they could have hoped for was to fanboy from afar. This decision is also often a cause of friction between the those who support the new arrangement and the Old Guard who resent the "riffraff" coming into their midst.

This trope is specific to when an organization changes the rules to allow more people to join, as opposed to situations for the elite organization making a special exception for an especially talented individual who otherwise wouldn't have been able to join.

As anyone in, well any Armed Forces can tell you, this is certainly Truth in Television, as seen with Boxed Crook (when criminals are hired, often forcibly), Child Soldiers (when recruits are taken younger) and Old Soldier (when older appliants are considered).