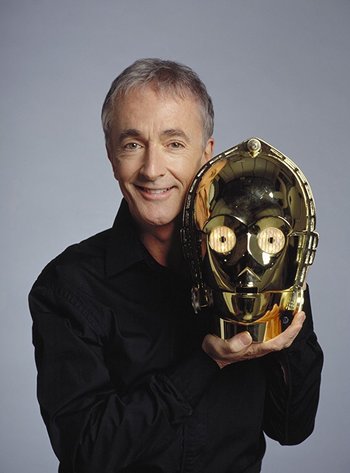 His most famous role is protocol droid C-3PO, whom he plays in ten of the eleven Star Wars films. He reprised it in most other media as well. He is currently the only actor to appear in every theatrically released movie and television installment of the franchise (playing Threepio in all but Solo, in which he still had a role).

As C-3PO
Other Acting Roles