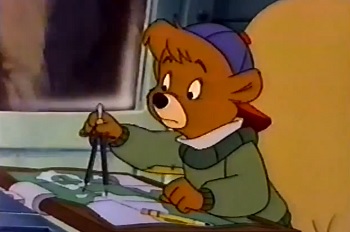 "Just like math homework, except a wrong answer will strand us in Peru."
"Give me a stopwatch and a map, and I'll fly the Alps in a plane with no windows."
— Kamarov, The Hunt for Red October
Advertisement:

A character who is really good at locating places and objects. This character knows their way around maps and are good at giving directions. If they are part of a Five-Man Band or a Command Roster, expect this character to double as The Smart Guy. This type of character is often found in works with a military or maritime setting. If the setting is magical or an Eldritch Location, expect The Navigator to wield a Magic Map or compass. Their ability to navigate and detect might even be due to magic or a superpower in these settings.

Contrast with No Sense of Direction, a character who is incredibly bad at maps and directions. Not to be confused with Buster Keaton film The Navigator.