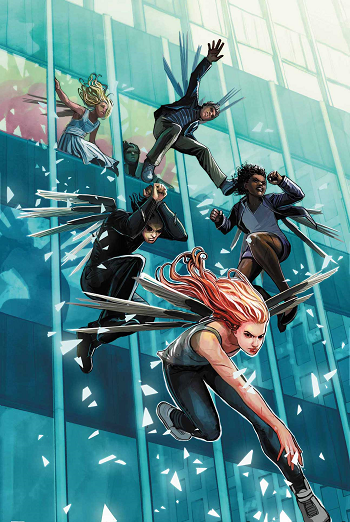 A 5-part miniseries retelling of The Angel Experiment, the first book in James Patterson’s Maximum Ride series, written by Marguerite Bennett, drawn by Alex Sanchez and published by Marvel Comics.