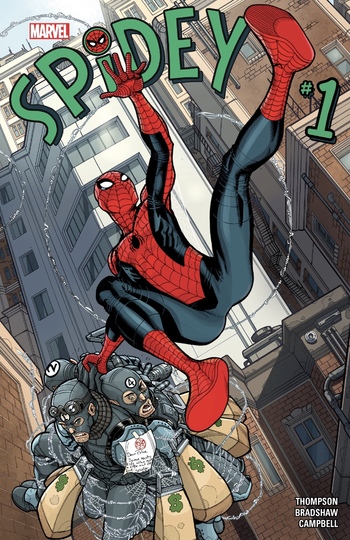 Spidey is a 12-issue Lighter and Softer modern reimagining of Spider-Man. It features a teen Peter Parker trying to do his best as a superhero and balancing it with going to school and having friends. The reality of the comic has been designated as Earth-16220.

Has a Broad Strokes 6-issue sequel named Spidey: School's out!, which borrows heavily from Spider-Man: Homecoming.

Not to be confused with Spidey Super Stories nor Spidey and His Amazing Friends.

Spidey and Spidey: School's out! contain examples of: