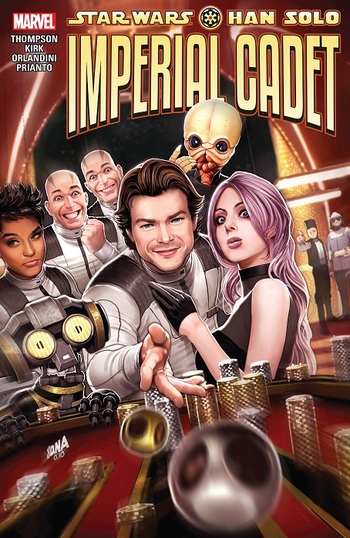 The Empire requires innumerable recruits to fill the vast ranks of our armed services.

Naval Cadets: Should you survive basic training and earn
your wings in flight school, you will have earned the
honor of dispensing the Emperor's justice upon countelss
systems across the Galaxy - as TIE Fighter pilots!
Advertisement:

Taking place during the three-year Time Skip at the beginning of Solo, the story picks up shortly after Han Solo escapes Corellia by signing up for the Imperial Navy. Being a former street thief Han is finding it hard conforming to the Empire’s military discipline. Will he be even be able to make it through basic training, or will Han’s Solo’s dream of flying amongst the stars be grounded forever?