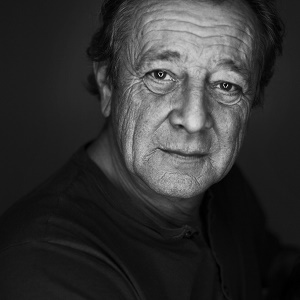 Richard Darbois (born December 7, 1951 in Montreal, Quebec) is a Canadian-Frenchnote Born in Montreal, he moved to France at age 4. He has both nationalities actor and voice actor.

He has one of the most extensive, recognizable and acclaimed repertoires in the history of French voice acting and dubbing, to the point he's one of the strongest living contenders for the title of French Man of a Thousand Voices. His Badass Baritone range got him to voice Action Heroes, intimidating villains, or otherwise imposing characters.

He was also pretty much the local equivalent of Don LaFontaine for movie trailers in The '90s. He is the announcer of the radio station NRJ since 1993, and his voice can still be heard in countless commercials on French television.

Notable live action film dubbings by him include: