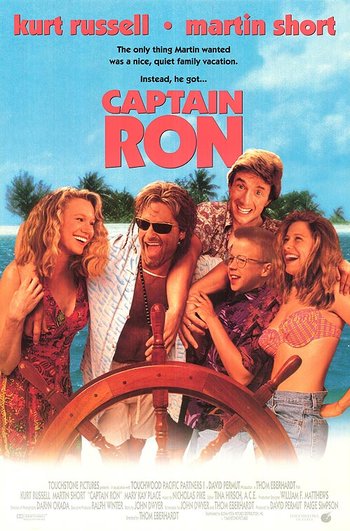 The film opens with Chicago businessman Martin Harvey (Short) and his family—wife Katherine (Mary Kay Place), daughter Caroline (Meadow Sisto), and son Benjamin (Benjamin Salisbury)—discovering that they've inherited a vintage yacht that once belonged to Clark Gable. Traveling to the sunny island of San Pomme-De-Terre to claim the dilapidated vessel, the Harveys soon realize they need to hire someone to help them sail it to Miami so they can sell it.

That "someone" turns out to be the bumbling, mischievous, eyepatch-sporting rascal, Captain Ron Rico (Russell). With his somewhat dubious nautical skills and excessively laid-back attitude, Captain Ron ends up taking the Harveys on a wild adventure around the Caribbean, managing to charm the rest of the family along the way even as he creates some serious tension with Martin himself.