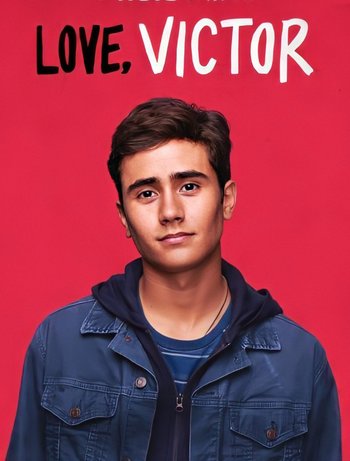 Love, Victor is a Hulu teen drama and spinoff sequel series to the 2018 film Love, Simon, which in turn was based on the novel Simon vs. The Homo Sapiens Agenda by Becky Albertalli. Isaac Aptaker and Elizabeth Berger, the writers of Love, Simon, also created the series.

Victor Salazar (Michael Cimino) is a new transfer student at Creekwood High School, previously attended by Simon Spier (Nick Robinson). When Victor starts questioning his place in the world (especially regarding his sexuality) he reaches out to Simon for advice on how to figure things out, but soon realizes that his story isn't going to unfold the exact same way.