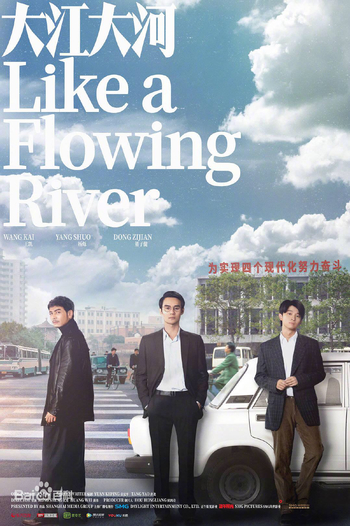 Like a Flowing River (Chinese: 大江大河; pinyin: Dà Jiāng Dà Hé) is a 2018 Chinese period drama, starring Wang Kai, Yang Shuo, and Dong Zijian, based on the novel River of Time (Chinese: 大江东去) by Ah Nai. Set in late 1970s to late 1980s China, the show follows the lives of Song Yunhui, Lei Dongbao, and Yang Xun, three men from the same province, and how they deal with the ups and downs life throws at them amidst the economic and social reforms happening in China around that time.

The first season, with 47 episodes, can be found on Viki

subbed in English, with the second season slated to release in late 2020.