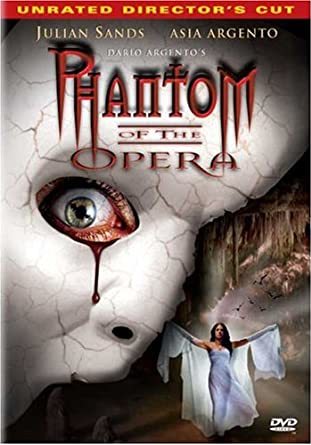 In 1877 Paris, deep within the underground chambers of the Paris Opera House lives a misanthropic man, raised by rats since his abandonment in infancy who kills anyone who dares trespass on his domain. He sets his eyes on the young opera singer Christine Daae (played by Asia Argento, Dario's daughter) upon watching her sing on the stage alone, but Raoul also seeks a romantic relationship with Christine.

When Christine soon enters the Phantom's lair, it gets worse from there...

This Italian horror film is infamous for its many differences between the book and film version (among which is the Phantom's lack of disfigurement), and is generally regarded as the worst adaptation of the novel.

The tropes of this infamous film: