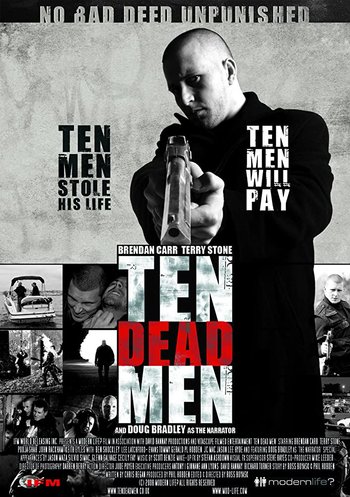 Ryan has spent years putting his brutal past behind him. A different man now to the stone cold killer he was a lifetime ago. But when an old face from the past arrives on his doorstep, Ryan is called upon to repay a blood debt from years ago. But the price is too high. Betrayed, and with his life falling apart around him, Ryan goes on a murderous, bloody revenge spree against the Ten Men who took his life away from him. Ten men took away his life. Now Ten Men Will Pay.