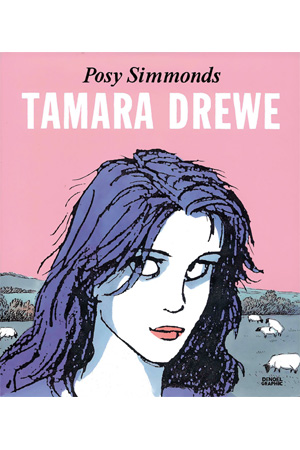 Tamara Drewe is a graphic novel by Posy Simmonds, which was made into a movie by Stephen Frears in 2010.

The title character is a young journalist who comes back to the small Dorset town she grew up in to sell the family house after her mother's death. Once there, her presence upsets a small community of aspiring writers who have gathered for a literary retreat at the house of crime author Nicholas Hardiment. She finds herself caught in a Love Dodecahedron involving her first love, a hot indie drummer, the philandering Hardiment, and two bored teenage girls.