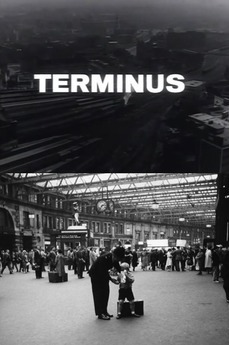 A 1961 Slice of Life BAFTA-winning short (32-minute) film by John Schlesinger, Terminus follows A Day in the Life of London's busy Waterloo Station, showing scenes of the staff and passengers arriving and departing, as well as what goes on behind the scenes for the station staff.