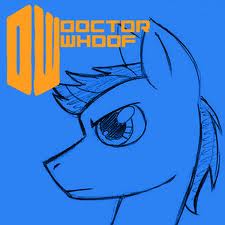 After the Doctor drops the girls off in Ponyville, it looks like things are finally getting back to normal. But then Rarity's latest client, a Diamond Dog mining magnate by the name of Zeitgeist Stardust, shows up to announce that he'll have to cancel his order for a new ensemble for the Grand Galloping Gala... but as compensation, he's offering Rarity and her friends a trip to the fabulous Dragon Valley Resort!

There's no such thing as a free lunch, though, as there's trouble brewing in the mines beneath Dragon Mountain. A race of creatures known as "Grundels" are sowing disaster and trying to sabotage Stardust's operation, for fear that the digging will awaken an ancient evil. Are the Grundels' fears justified, and can the Doctor and his new companions put a stop to this?

. A sequel is also present, titled The Nightmare Engine