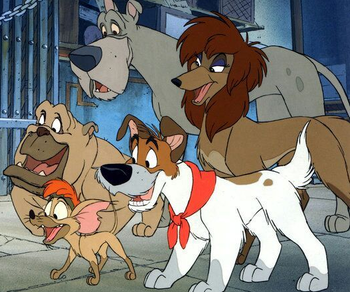 A bark-tacular index of dog, fox and other canine-related tropes. Wolves and foxes have their own subindexes, Wolf Tropes and A Foxy Index respectively. Compare to This Index Meows. Not to be confused with Tropey the Wonder Dog.