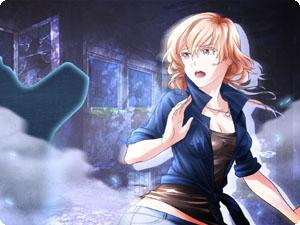 Nicole is a Ren'Py-based Visual Novel Dating Sim by Winter Wolves that revolves around the titular character's day-to-day life as a college student. However, as soon as she moves into the dorms, she finds out that there's been a series of mysterious disappearances going on around the campus! So far, three girls have already gone missing and Nicole could be next if she's not too careful — not quite the ideal college experience Nicole had in mind.

As she progresses through her year, she meets four guys — Jeff, Kurt, Darren, and Ted — who are all potential Love Interests. She should be careful who she chooses, though, as one of them is the kidnapper...