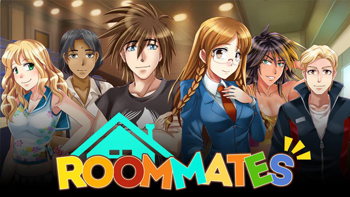 Roommates is a Ren'Py-based Dating Sim from Winter Wolves, playable on both PC and smartphones. Players may choose to be one of two incoming freshmen to Latin House: either the shy, bookish Anne or rockstar-wannabe Max. After settling in, it's a year's worth of deciding schedules and keeping up with crazy roommates in hopes of getting together over spring break.

Has nothing to do with the webcomic Roommates, despite having an identical name.

Tropes in Roommates the game: