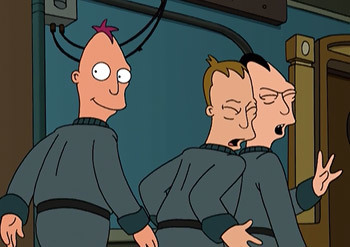 A group of people are walking in a straight line. Suddenly, the person at (or near) the front of the line stops walking for whatever reason. This causes everyone behind the person to bump into one another. This gag is mostly seen in Western Animation.