Useful Notes / All the Little Germanies 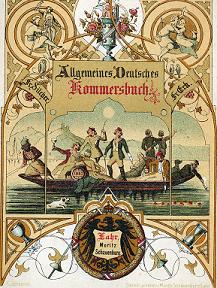 When Francis II abdicated as Holy Roman Emperor in 1806 and fell back on his title of Francis I of the Empire of Austria (1804), the implied acceptance of the death of the Holy Roman Empire of the German Nation, though dictated by Napoléon Bonaparte, was simply a recognition of reality. Napoleon, however, having shattered German unity legally, ironically went a good way toward re-establishing it politically by amalgamating the tiny imperial states into larger units. He also rewarded his German allies and relatives with title upgrades, in the process creating new kingdoms. Bavaria and Württemberg became kingdoms on January 1, 1806, Saxony followed on December 20, and Westphalia was created as a kingdom for Napoleon's youngest brother Jérôme in 1807. After the fall of Napoleon, the Congress of Vienna in 1815 recognized most of these (Westphalia being a notable exception) while restoring some of the larger earlier units such as Hanover (now also raised to a Kingdom). Prussia, which had been halved in size after its defeat in 1807, was awarded substantial territories in the Rhineland and Saxony, in recognition of the magnitude of her efforts against Napoleon - and of her army.note This included the restoration of the territories west of the Elbe that had belonged to Prussia until 1806 and was in part considered a compensation for those territories in the east that were not restored to Prussia but used to form the Russian-controlled new Kingdom of Poland. After the Empire itself ceased, the run-up to the establishment of the Deutsches Reich may be considered the period of All the Little Germanies. (The first part, from 1815 to the March Revolution of 1848, is usually called the Biedermeier periodnote  The name is taken from Gottlieb Biedermaier (note the "a"), a fictitious bourgeois Swabian poet, the alleged simple-minded writer of a number of parody poems that were published between 1848 and 1855 in Germany).

The powerful nineteenth century impulse toward Nationalism spurred efforts to secure the establishment of a single German nation. But the exhaustion of Germans after a quarter century of war, the rivalry between the two great German powers, Catholic Austria and predominantly Protestant Prussia, and the efforts of the rulers of medium-sized German states to increase their own power, plus the unwillingness of Great Britain, Russia, and France to see the emergence of a powerful Central European empire dashed these hopes. Ministers who had few scruples about what methods to use to promote the interests of their sovereigns (such as the Anglo-Irish Castlereagh, the Russian Nesselrode, the wily Frenchman Talleyrand, the Prussian Hardenberg, and the influential Austrian Metternich) set up a European balance of power, which nonetheless did manage to preserve peace for four decades. Which means that until the The Crimean War there was no war that pitted one of the five great powers against another.

Instead of a national state the Germans got the fairly loose German Confederation (Deutscher Bund), which consisted of 42 states (38 monarchies and four free cities), or more correctly, states and parts of states, as e. g. big chunks of Prussia and Austria lay outside its borders. The Confederation's legislative debating forum, the Bundestag, unlike its modern namesake, was no more than a permanent conference of ambassadors. It soon enabled Metternich to institute repressive measures to protect the status quo in Germany and Europe and to combat revolutionary and nationalist movements. This was institutionalized in the Karlsbad decrees of 1819, which most notably involved a tightening of the screws in the censorship of newspapers, periodicals and books. This aspect of the Biedermeier period goes under the headline of "Restoration" (Restauration), and some of the smaller states took it to ludicrous extremes. For instance, in Electoral Hesse (Kurhessen, capital Kassel) it was even attempted for a time to restore the pre-1806 pigtails and to forbid state officials from wearing "seditious" mustaches.

The Romantic movement, which never really had a coherent political philosophy and which always had a huge interest in the past, indulged its nostalgic tendencies during the Biedermeier, often encouraged by monarchs who themselves felt that way, like Ludwig I of Bavaria and Frederick William IV of Prussia. The time of the Hohenstaufen was exalted as Germany's Golden Age, the exploration of traditional culture in the form of folk lore and folk music was encouraged as the proper expression of national sentiments, and religion took on the style, if not the substance, of Roman Catholicism, even among Protestants such as the painter Caspar David Friedrich (a particular embodiment of this impulse was the recommencement, with the warm approval of Frederick William IV, of construction on the Catholic cathedral of Köln, abandoned in the sixteenth century). However, at the same time the German states did make significant progress in other fields, notably in science, education, and industry. On the economic front, Prussia took the lead in replacing the outmoded forms (guilds, privileged enterprises etc.) with capitalist free enterprise and the removal of inner-Prussian and inner-German customs barriers. By 1854 most of the territories that would form the German Empire of 1871 (with the exception of Schleswig-Holstein, Mecklenburg and the Hanseatic cities) had joined the Prussian-led Deutsche Zollverein (customs union). Thus the economic union preceded the political one. However, industrialization and the introduction of a free market was accompanied by economic hardship in many places, which e. g. led to revolts by impoverished hand-weavers in Silesia in the 1840s and which became an important "push" factor that made Germans the most numerous group of immigrants to the United States during the mid-19th century, just ahead of the Irish.

The flip side of Restauration during the Biedermeier period is called Vormärz, "Before-March", referring to the European Revolution that broke out in Germany in March 1848. Vormärz refers to the diverse oppositional movements of the time: liberals, democrats, nationalists, early socialists etc., often associated with student societies (''Burschenschaften'') and the literary movement that came to be called "Young Germany". Discontent with the stagnation of the political development at home, many of them went to exile in Paris or Brussels after the Revolutions of 1830 and 1831. A wind of change did sweep through Germany in 1848 and 1849, and for the first time Germans (well, German men at any rate) elected a National Assembly, which convened in Frankfurt and framed a constitution. However, the attempt to set up a German national state failed, as in Prussia, Austria and many other states the old monarchs who never had entirely lost the hold over their armies regained control of the situation. The last remnants of the more radical revolutionaries were put down with harsh military force, and many of them went into exile. Many of them ended up in the United States, where they became known as "Forty-Eighters", associated with the radical abolitionist wing of the nascent Republican party and went on to fight another war for freedom some years later. Others ended up in Switzerland, like Richard Wagner, or in London, like Karl Marx. Nevertheless, the dream of a united Germany lived on, and things did not return to those of the Restauration era. Even Prussia now had to enact a written constitution, and states all over Germany got in the habit of having elected legislatures (even if some of them, like Prussia, elected them in systems which favored the rich). The parties that would characterize German party politics for the next ca. 70 years began to take shape, and one of them, the Social Democratic Party (founded in the 1860s), continues to this day.

North German unity, at least, would be achieved when the Prussian prime-minister, Otto von Bismarck-Schönhausen (after victory in the Austro-Prussian War of 1866 effectively diminished Austrian influence among the German states) took advantage of the German nationalist sentiment inspired by Prussia's successful war with France in 1870 to have William I of Prussia crowned German Emperor at Versailles in 1871. Substantial bribes to various South German sovereigns and ministers (many of whom were, in any case, more nervous of Austria than of a more distant Prussia) secured the acquiescence of Catholic Germany. The Second Reich had begun.

In popular culture outside Germany, the unrest of this time period is all but ignored. All the Little Germanies, so far as fiction is concerned, is pure Gemütlichkeit, with lots of diplomats waltzing in embroidered tailcoats and silk stockings, Burschen dueling (as often with large Steins of Pilsner as with sabers), mob-capped grandmothers telling fairy tales, blue-eyed peasant maidens singing folk songs (especially Die Lorelei

note Although that one is NOT a folk song. The Lorelay as a fair maiden dooming passing boats was a contemporary invention which afterwards got misrepresented as folklore), and dozens of aristocratic Uhlans and Hussars in multi-colored uniforms to woo them.

Not to be confused with the more recent split of Germany between 1949 and 1990.

Works associated with All the Little Germanies: