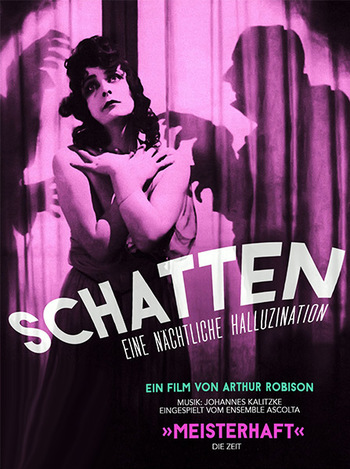 The setting is Germany in the early 1800s. A rich guy ("man") is hosting a dinner party at which his wife ("woman") is openly flirting with their four male guests ("youth" and "three gentlemen"). The amorous guests think this is just awesome, but hubby isn't exactly having a swell time. Then there's a fifth guest, a mysterious shadow puppeteer. After his puppet show, things quickly get out of hand. The man catches his wife cheating on him with the youth. Consumed by a jealous rage, he plots his murderous revenge. Or does he?